IFA 2014: What To Expect From Europe's Biggest Tech Show

Samsung, Microsoft, LG, and Sony are geared-up to make big announcements in Berlin. 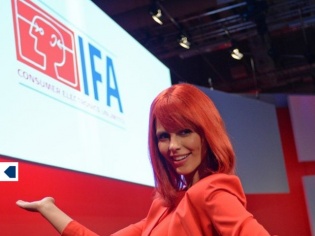 Europe's biggest consumer electronic fair will set-off on 5th of September. Tech titans such as Samsung, Microsoft, LG, and Sony, will make big announcements from Berlin, Germany. This is the best chance these companies have to steal some limelight before Apple unveils its latest and greatest iPhone. If you don't know how exciting things are going to be, here the list of things that we can expect at this year's IFA:

Samsung
We were expecting Samsung to unveil the Gear S smartwatch in Berlin. However, now that the company has already announced it today, the GALAXY Note 4, GALAXY Mega 2, and Gear VR are the devices to watch out for at Samsung's 'Unpacked' event, which is scheduled two days prior IFA. GALAXY Note 4
If the rumours are to be believed, the Note 4 will have a 5.7-inch curved display. As usual, the processor and RAM will be bumped-up. Although Google has announced Android L for high-end phones, the Note 4 is likely to ship with Android 4.4 (Kitkat).

GALAXY Mega 2
Remember the huge Samsung phones that were bigger than a "phablet"? Well, although it didn't generate any positive response, the company may unveil its sequel. This phone will feature a 6 to 8 inch screen. The specs will not be as good as the Note 4.

Gear VR
Samsung might declare its VR (Virtual Reality) ambitions next week by unveiling the Gear VR headset. This gadget will beam the smartphone's screen right into your eyes. To get a better idea, imagine Oculus Rift for phones. Rumour has it that the Gear VR will feature an OLED display. We expect it to look more ridiculous than the Google Glass.

Nokia (Microsoft)
It's been a long time since Nokia has unveiled a worthy mid-range smartphone. Yes, we are talking about the Lumia 720 and 820 refresh. Nokia's IFA invite hints at new Lumia handsets with focus on camera technology. 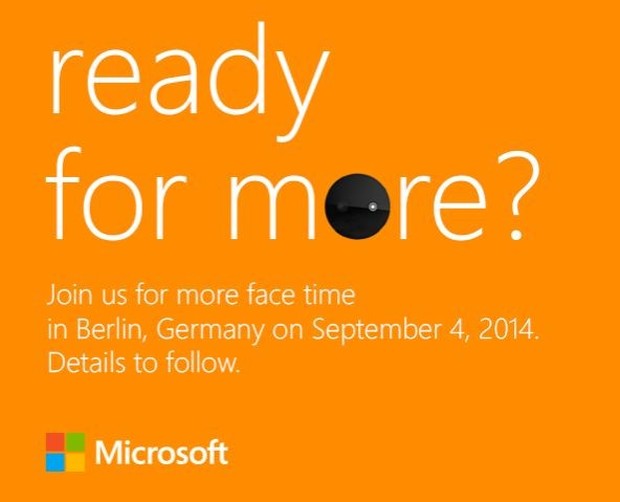 Lumia 830
If the leaked images are to be believed, the Lumia 820 successor sports a camera protrusion. It's not as big as the one found on the Lumia 1020, so we guess that the phone will feature a 20 megapixel camera. We are guessing that the 830 may feature an AMOLED screen, just like its predecessor.

Nokia 730
Along with the Lumia 830, Nokia is also expected to introduced the long awaited Lumia 730. Multiple leaks suggest that this phone will continue its predecessor's design language. However, it will sport a slightly bigger 4.7-inch screen compared to the 4.3" of the Lumia 720. For Selfie generation, this phone is aid to be packing in a 5 megapixel front-facing camera.

Sony
Keeping its tradition of announcing a flagship device at IFA, Sony will showcase its Xperia Z3 in Berlin. Rumours suggest that the Japanese company may also reveal the Compact version of the Z3 at the event. Plus, there will be two more handsets, probably catering to the budget and mid-range segment. Additionally, Sony may refresh its smartwatch. It will be interesting to see whether the company sticks to its custom software or embraces Google's Android Wear platform. Details about all these products are scarce at the moment. LG
Similar to its South Korean compatriot, LG has already unveiled its latest smartwatch G Watch R. The company has also officially unveiled its mid-range smartphones LG Fino and Bello. So we guess that the only big announcement LG can surprise us at IFA would be of the G3 Prime. As its name suggests, the G3 Prime will be a beefed-up version of the existing G3. Sadly, it's still like a Unicorn. many tech enthusiasts are talking about it, but none has seen it yet.