With Android One just around the bend, the days of Firefox phones could be short lived 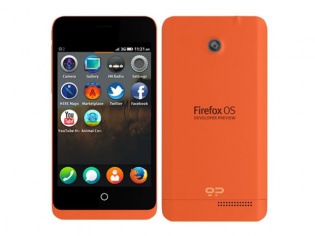 Indigenous manufacturers Intex and Spice had earlier this year tied up with Mozilla to bring smartphones running Firefox OS for as low as $25 (approx Rs 1,500) to India. The companies aren't targeting existing smartphone users, but instead buyers of feature phones which makes up over 70% of the Indian mobile market.

While Spice has already announced that it will launch its 'Fire One' smartphone for Rs 2,299 on August 29, rival Intex is going one step further, saying its competing device will be the cheapest smartphone in India and will be unveiled on August 25. Intex however hasn't released that all important pricing detail just yet.

Firefox's main rival at the moment is Android, which apart from being the most widely used mobile OS on the planet, is also the most popular in the entry-level segment. However, there's a dearth of great Android devices in the sub-$100 smartphone segment, which is what Intex and Spice are looking to take advantage of.

It would be wild to expect stellar performance from the two devices, but that shouldn't hinder sales as the intended users will be looking at a pretty huge upgrade when coming from feature phones. Still, Google isn't going down without a fight to retain its dominance in the ultra low-cost segment and will soon unveil Android One.

[Also read: Will A $20 Smartphone Revolutionise The India Smartphone Market?]

Affordability is one thing that Intex and Spice have gotten right with their Firefox phones, however, the devices must have clear cut advantages over feature phones. Moreover, other Indian manufacturers like Micromax, Karbonn and Lava already have Android-powered devices priced fairly similarly (which are terrible), so useability of Firefox OS is really key here.

It is yet to be seen if the Indian market will sway towards devices running Mozilla's software. We were somewhat disappointed to see that the Spice Fire One will not support 3G connectivity, as fast mobile data connectivity would undoubtedly be a great way to get into the pockets of Indian consumers. The perfect ultra low-cost device still eludes us, but its great to see someone trying to challenge Google nonetheless.