Will you pick Asus' C200 Chromebook over a similarly priced Windows notebook? 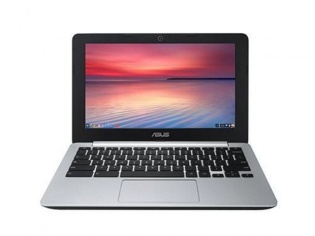 Asus has had mighty experience in building small, low-cost notebooks, and its migration to Chrome OS seems almost natural. The company recently launched the C200 Chromebook which features a 11-inch screen, and is aimed at competing with low end Windows-powered devices.

Though Asus is vigorously moving into the Chromebook market abroad, it isn't known how the Indian market will respond to these devices. It will be a long shot for ASUS' C200 Chromebook to achieve success, given that it doesn't hold any price advantage over a Windows PC.

Chromebooks are built and optimized for surfing the Internet and using the many services that can be accessed through it. When it comes to Windows PCs, you can do exactly the same thing, and a lot more. In short, the Chromebook cannot replace your PC, unless everything you do on it is online.

Much like high-powered gaming notebooks are best suited for a select group of people, Chromebooks will be good enough for some users while proving limiting to many others. It’s hard to say which is better – Windows or Chrome OS, and deciding between the two will come down to personal preference and what you're willing to spend.

In the US you can pick up a Chromebook for as little as $200, but in India the same device costs almost twice as much. The cheapest Chromebooks is priced a little above Rs 20,000, which is also the perfect price to find yourself a good Windows laptop.

While people have been skeptical about Google-powered PCs, leading companies such as HP, Samsung and Acer are bringing the device to India. Still, unless Asus or these other manufacturers slash the rates of these devices significantly, they aren't going to be beating Windows PCs anytime soon.