Home » Mobiles » Thanks To HTC, The Nokia Lumia 930 Is Outdated Before The Launch

Thanks To HTC, The Nokia Lumia 930 Is Outdated Before The Launch | TechTree.com

Thanks To HTC, The Nokia Lumia 930 Is Outdated Before The Launch

Which one will you go for? 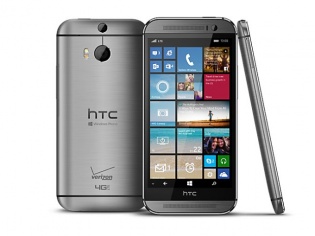 HTC was one of the first few manufacturers to embrace Microsoft's Windows Phone platform. Although it produced some good WP devices such as the Radar and 8x. However, right after Nokia jumped on the WP bandwagon, HTC's handsets have always lived under the shadow of Lumias. For instance, people chose the 920 over the 8X. Similarly, the 720 turned out to be way more popular than the 8S. So it's no surprise that the Taiwanese company lost interest in Microsoft's mobile platform. After being out of action for almost two years, HTC is revisiting the Windows Phone platform. We are quite sure, Microsoft must have worked hard to convince its old partner. What's more interesting is that this time around, HTC has actually outdone Nokia (Microsoft) in terms of hardware. So let's have a look at some of the highlights of the HTC One (W8).

Power
Similar to its Android cousin, the One (W8) comes with Snapdragon 801 chip. With four cores running at 2.3 GHz, it is one of the fastest processor mostly found in flagship Android phones. Along with that you get Adreno 330 to take care of gaming. Plus, there's 2 GB RAM to handle multitasking. Since WP OS is highly optimised, this hardware is somewhat overkill. In comparison, Nokia's recently announced phone is based on Snapdragon 800 SoC (System on Chip).

Aesthetics
There's no denying that Nokia makes stylish and sturdy handsets. The upcoming Lumia 930 features a metallic rim and polycarbonate back-panel. However, it looks a little blocky compared to HTC's sleek M8 for Windows. The phone features an aluminium body with tapered edges. To utilise maximum possible space to the screen, HTC has done away with capacitive navigation keys. You get software navigation bar instead. 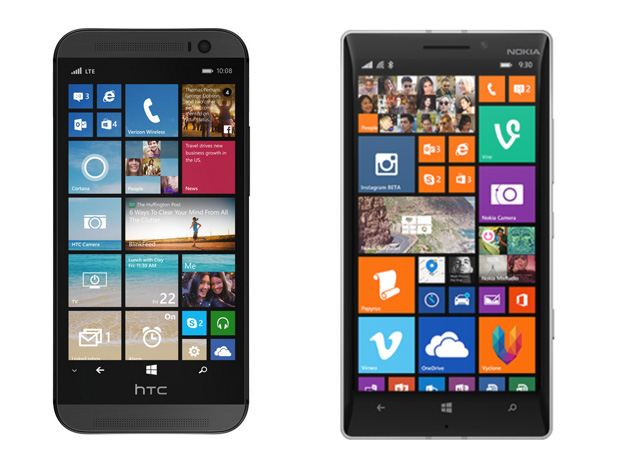 Sound
Like other One series phones, the M8 for Windows sports front-facing BoomSound speakers. As experienced on the Android version of M8, expect the these dual front-facing speakers to enhance the sound quality. I prefer such placement as it directs sound directly at user.

Screen
HTC's latest Windows Phone flaunts a 5-inch Full HD screen. Taiwanese company likes to call it a Super LCD3 panel. The Lumia 9300 too packs in a Full HD screen. However, the biggest difference here is that Nokia's phone sports an OLED screen. This emmisive panel offers vibrant colours and perfect blacks. On the other hand, HTC's screen produces natural colours. So I think it makes sense to call it a tie as far as the screen is concerned.

Duo Camera Setup
HTC One M8 for Windows comes with an interesting dual-lens camera setup. The Taiwanese company is going to use the output from the second camera to calculate the depth of field. This means that the M8 for Windows users will be able to shift focus after clicking the picture. Nokia uses software trickery to obtain similar results in its Refocus app. In terms of picture quality we aren't pleased with the performance of HTC's Ultrapixel cameras. So I think it's one area where Nokia will easily beat HTC 4 megapixel snapper with its Zeiss powered 20 megapixel camera. Infrared Port
Although an old technology, Infrared emitter is quite useful even today. With a right app, you can get rid of multiple remotes. HTC offers universal remote with presets for popular TV, home theatre system, and cable set top boxes. If your television set is missing from the list, you map the keys manually. Not everyone will find it useful, but if you do, the HTC One M8 for Windows is the only WP handset to have this feature.