Home » Mobiles » Xiaomi Not Wary Of Being Called iOS Copycat

Xiaomi Not Wary Of Being Called iOS Copycat | TechTree.com

Xiaomi Not Wary Of Being Called iOS Copycat 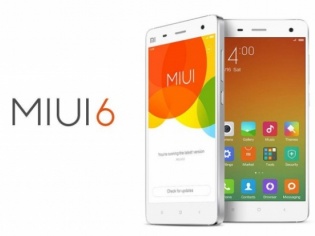 Xiaomi accepts being inspired by Apple and is not wary of being blamed for copying the iOS. Not surprisingly, the latest version of its operating system MIUI 6 is undistinguishable from the iOS with a design that features iOS 7-like flat icons and gradient rainbow colors.

The latest Android UI won’t help Xiaomi ward off accusations that it copies hardware and software designs from Apple and the first thing that comes to mind is that it has looks of iOS 7.  The Calendar, Compass, Mail apps and the gradient-heavy icons remind us of Apple’s mobile OS.

But the Chinese phone maker seems to moving ahead and Xiaomi has made some big changes in MIUI 6 as it offers better security than its previous operating systems. It promises that MIUI 6 users don’t have to install additional security tools as its built-in Permission feature prevents unauthorized apps from accessing the smartphone’s data. While the Virus Scan will get rid of viruses before apps are installed and the dialler apps have also been greatly enhanced.

While many of the companies are wary of being tagged as copycats, it looks like Xiaomi is not bothered much as it is seeing a growth in its sales. According to MacDailyNews, last month the company reported that it has sold 26.11 million handsets in the first half of 2014. An increase of 271 percent from a year earlier and more than its total phone sales of 18.7 million in all of 2013.

Xiaomi had previously said that it wants to sell 60 million handsets in 2014–compared to the 7.19 million it sold in 2012. According to a report by Canalys earlier this month, Xiaomi recently surpassed Samsung to become the top smartphone vendor in China.

Now after consolidating the Chinese market, the company has set its sights on the Indian market where it is struggling to meet the customer demands. While this is the first step towards being a global brand, it will be interesting to see how the global customers receive this Chinese ‘iPhone.’