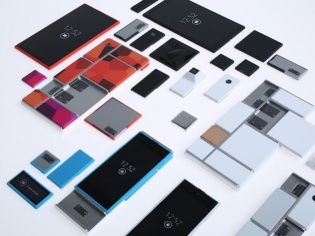 Under Google's leaderships, Motorola initiated the Project Ara (inspired from PhoneBlocks). It is all about open-source hardware that can be put together to build a smartphone. It's much like how kids build things using Lego bricks. While selling Motorola Mobility to Lenovo, Google retained the team working on the Ara project. The team believe that such phone will revolutionise the market by allowing consumers to easily upgrade their phone's hardware. Imagine swapping your phone's camera or memory module when they go bad. Theoretically, it's all fine and dandy. However, turning it into reality is going to be a Herculean task. Google has already made bold claims of releasing the first Ara device in early 2015. However, with the project head, Dan MakoskiIn, leaving the company for Capital One bank, Project Ara is unlikely to complete in time. In fact, I think that it's doomed, and here's what makes me think so:

Trashy Designs
The concept images of these modular phones look sleek and fancy. That's because these 3D renders are made by artists who don't actually have to build the device. In reality though, modular phones are going to be big and ugly than those manufactured on the assembly line. For starters, the unibody designs (Lumia 920, HTC One to name a few) are out of question to allow customisation. Then, the handsets will inevitably bulkier than the conventional phones due to the physical space between each module. In normal phones, manufacturers try to cram in components as close as possible. However, in Ara, there has to be some space between each part to make this swappable design to work. To give you a glimpse of what I'm hinting at, check out the image below. I'm sure nobody will want to touch a phone that looks like a mutated rubik's cube. 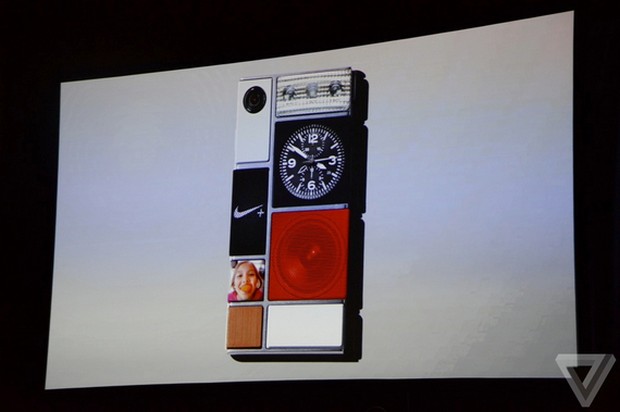 This is what Google proudly showcased at the I/O conference (Image: TheVerge.com).

Software Compatibility
Hardware is a dead weight without the right software. After reviewing hundreds of phones, I can tell that the handset works right only when the software is fine-tuned for the particular hardware. Apple's iPhone is a perfect example of how important it is for the chips and software to be hand in glove. Since Ara is going to be build on the open-source hardware platform running open-source software, imagine how difficult it would be to make your code work for endless combinations of hardware modules. In short, even if you manage to get the Lumia 1020 like 41 camera module on your Ara phone, it may not give you similar result due to the lack of imaging algorithm required to tap into the hardware's full potential.

Fragmentation
The idea of an extremely customisable phones sounds great. As mentioned earlier, repairing such phones will be very easy. Plus, consumers will get the freedom to choose what they want from their phone. Those interested in photography can buy a good camera module. Similarly, gamers can opt for killer processor. Sounds great, but now think about the hardware fragmentation it will bring to the table. Being an open-source software, Android is already fragmented. Add hardware fragmentation to the mix and what you get is the chaos. This strategy worked wonders for computers so far. However, such approach will not work for mobile phones market, where consumers expect everything to work out of the box. Performance Issues
In electronics, tight integration is the key to performance. For example, a few years ago, AMD came up with Fusion platform (now known as Accelerated Processing Unit) that put the CPU and GPU on a single die. Netbooks based on this architecture, performed better than Intel's pathetically sluggish Atom line-up. However, Ara goes in the opposite direction by separating most components from each other. By increasing the number of BUS (electronic connectors), there's going to be a performance degradation. Take for example, memory cards. However, fast they claim to be, they can't match the stability / performance of your phone's internal storage.