Home » Mobiles » Looking For A Tech Company To Invest In? How About BlackBerry?

Looking For A Tech Company To Invest In? How About BlackBerry?

While that does sound preposterous, the company's stock has gone up by 50% in the past year. 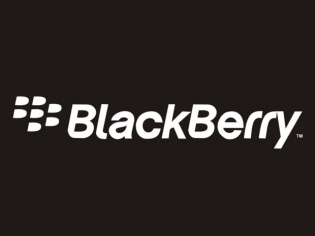 As preposterous as that may sound, BlackBerry is laying the foundation stone for its return to greatness, and all bets are on the comeback kid. The company's stock is up 50 percent over the past year and is one among the best performers in its sector.

Many of us may have already written off the company (including me), but in 2014 it is somehow performing far better than its peers in the stock market. The bottom line is BlackBerry is creating a value for its investors and its stock price has risen from $7.44 a share at the beginning of the year to $11.21 on July 9.

It would be wrong to compare BlackBerry's stock price growth to that of Apple's (up by 20% in the same period) and Google's (up by just 5%). It's far easier for a small struggling firm to create shockwaves in the stock markets than the two giants.

Still, why on earth are people investing in BlackBerry? Well, the company's recent wave of slashing product prices could be one. Don't get me wrong, the company still isn't making any money, but because investors like what they see and growth is more important than short term revenues and profits.

It's very similar to the case ofAmazon. The company's profits make up a miniscule percentage of its revenues, but as long as the revenues are growing, investors are happy (well, sort of.... At least for now).

The other major reason for this new-found hope in BlackBerry could be its increased focus on serving developing markets. However, it could be because of the company's focus on services like BBM, which it is publicising as a sort of enterprise version of WhatsApp and considering Facebook paid $19 billion for WhatsApp, this is not a bad ploy.

While BlackBerry's stock may be going up, it's a risky firm to invest in, especially when its own CEO is talking about shutting down the devices arm as a worst case scenario. The company may live on but it won't be worth much, even though they might tell you how amazingly well they could sell their services.

Cutting costs to ship more devices is only the start, and if BlackBerry can't launch products to keep up the momentum, it's still doomed. As Apple and Android devices start to do better, the niche markets where BlackBerry was once so strong are literally being wiped out.

I still sincerely hope the company can make a comeback. May be you would like to put your money on them, if you are a gambler.