Ensure that you don't miss the action with the help of these on your Android, iOS or Windows phones 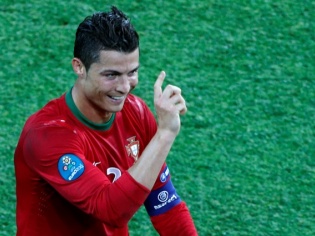 The FIFA World Cup is here and the whole world will be following the beautiful game. For the football lovers in India that might be a bit of trouble, as the matches will be held during the night.

Add to the mix power cuts and your attempts to stay awake late into the night will be far from fruitful. Don’t worry here at techtree we have made an attempt to put together the top 10 football apps and games that should get you into the World Cup spirit. Like in most of the professional games, the best of the football app is provided by the body managing it and same is the case with Football. The FIFA app provides a comprehensive mobile resource for the fans on both Android and iOS. Users get the latest news on the big leagues and teams, a World Match Centre with standings for 197 leagues worldwide, as well as national team rankings. As the 2014 World Cup approaches, the FIFA app also provides match times, destination guides and team profiles. 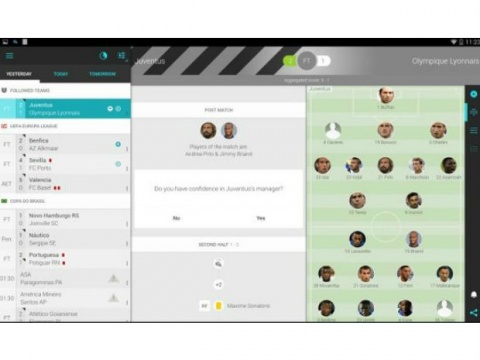 If you are a live scores addict then this is the app you would like to have on your phone. Available both on Android and iOS device, it gives you minute by minute match updates for your favorite teams, as well as provides a forum for fan polls and opinions. In addition to the live scores, users can participate in online polls on the performance of a team's squad, manager and chairman. 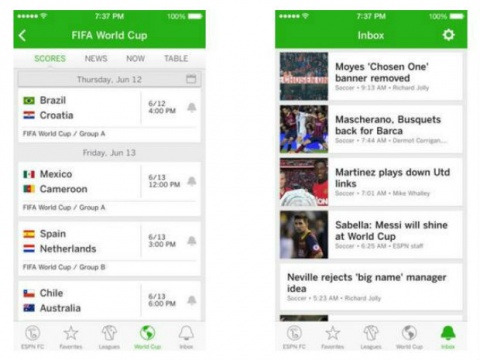 As the official US broadcaster of the World Cup, the ESPN FC Football & World Cup app, makes video highlights available to users moments after the action. The app also includes match schedules, scores and in-depth reports on each of the national teams, as well as commentary and analysis. The app is available both on Android and iOS. If you are using a windows phone, then this is the best app for you and is one of the few apps available on all three platforms including Android and iOS. It brings you the latest breaking news from the World Cup, with a Live Ticker providing minute-by-minute commentary, national team news, schedules, results and statistics, as well as customisable notifications. The app also provides videos from press conferences and interviews, as well as pre and post match news coverage.

Available only on iOS, this is a paid app it includes latest match schedules, stats and results. In addition to this it also has city and venue information, field formations and player information. It will also automatically add the match schedule to your calendar. 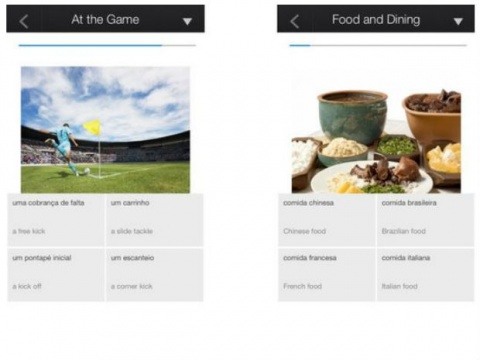 If you're lucky enough to be in Brazil to watch the World Cup, chances are you're going to have to talk to someone at some point of time. The Travel Portuguese Futebol Edition provides users with simple lessons on the Portuguese language in eight themed packs. Moreover, you can search what to say in Portuguese while at the game, on the way there, when you need to eat or at the place you're staying. The app is available for Android as well as iOS devices, and even comes with a serachable phrasebook. The most loved football game ever, FIFA 14 for Android, iOS, and Windows Phone has caught the World Cup fever as well. The game will now feature all the national teams that will compete in Brazil, allowing users to engage in matches against AI or other online players. Moreover, there's a new gesture control mode which is available alongside the traditional touch stick and buttons. Available on Android, iOS, and Windows Phone, Score! World Goals allows players to relive the most memorable moments in soccer history rather than play entire matches. Users will battle to recreate key plays and famous goals from some of the greatest games in the sport's history. Football Manager Handheld 2014 gives users a chance to put themselves in the shoes of the managers of some of the greatest teams. Available for iOS and Android, there probably isn't anything more fun than being in command of your own football team. You get to take all the big decisions, come up with tactics and maintain transfers & new hires. It really is heaven for stats and football junkies. Available on Android and iOS, the Panini Online Sticker Album will let users open new stickers everyday, add them to their collection and trade them to complete their collection. It's a really nice way to get into the World Cup spirit.