A list of quality games you must try out on Windows 8 tablets and PCs. 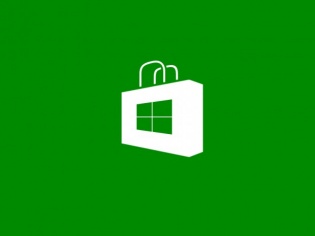 Although many gamers have moved to consoles such as XBox and PlayStation, PC gaming isn't dead yet. The keyboard/Mouse combo is still unbeatable when it comes to the accuracy in FPS (First Person Shooter) games. That's one of the reasons why the digital game stores including Steam are doing so good. However, if you're a casual gamer, the Windows Store has got you covered. Microsoft's application store offers many quality games for tablets and PC for free. Here are a few ones that are worth giving a shot.

1. Asphalt 8: Airborne
Publisher: Gameloft SA
Size: 1.5 GB
One of the most popular car racing games on smartphones, Asphalt 8: Airborne is also available on Windows 8. This title from Gameloft is very similar to the Burnout series. In this arcade game, destroying the opponent’s car is more rewarding than simply winning the race. And of course, you get to perform some insane aerial stunts. There are around 47 cars including incensed Lamborghini Veneno, Bugatti Veyron, Ferrari FXX, and Pagani Zonda R. The game has 8 seasons and 180 events in the Career mode. You can also play italong with your friends in the multiplayer mode that supports up to 8 opponents. The game also supports HD resolutions, so don't worry about the visuals. 2. Endless Skater
Publisher: Microsoft Studios
Size: 135 MB
Skating is something I have never tried my hand (or should I say leg?) at. It's a fascinating sport, but if you love your bones, better play it on your desktop. The game lets you play as five of the top professionals in skateboarding scene such as Danny Way, Sean Malto, Lyn-Z Adams Hawkins Pastrana, Christian Hosoi, and Ryan Decenzo. The side-scrolling game features stylised graphics, but still manages to remain light on resources. The game has randomised objects and environments, which means it doesn't get repetative too soon. The title comes with Xbox integration that lets you save your in-game progress on the cloud. 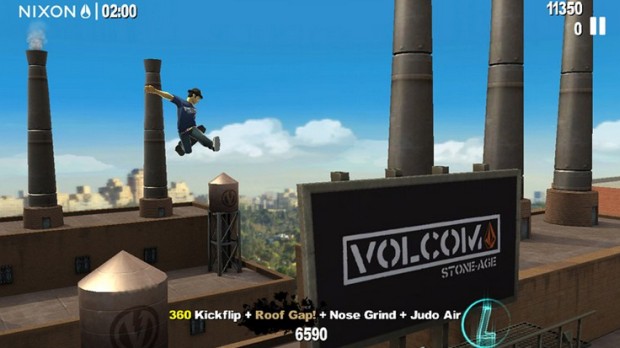 3. Judge Dredd vs. Zombies
Publisher: Rebellion Games
Size: 26 MB
Mega-City One is under a zombie attack, and being a Judge, it's your job to protect it. Whether or not you're fan of this hot-headed protector of the law, you're going to love his cheesy one-liners. The game contains Story and Arena modes. In Story mode, you have to clear zombie infested multi-level buildings. Arena mode is self-explanatory, and requires you to kill as many zombies as possible to earn credits. The game has a very appropriate dark look, backed by the superb 3D graphics. The controls are simple to get along with. Overall, it's a quality gamer, aimed at trigger happy people. If you enjoy the game, don't forget to watch the movie remake released in 2012. 4. Solitaire Collection
Publisher: Microsoft Studios
Size: 110 MB
In the last couple of decades, it was difficult to imagine Windows without Solitaire. It's still remains the most-played computer game of all time, and for good reason. The game is simple, and offers straightforward gameplay. Changing with time, Microsoft has brought back the classic card game with some modern design. The game modes include Klondike, FreeCell, Spider, TriPeaks, and Pyramid. The game comes with the Xbox integration, which means you can earn achievements, compete with friends, and see where you stand on the leaderboard.
Download Link: apps.microsoft.com/windows/en-IN/app/1a36fd17-5161-4651-ae2d-13384e427ea8 5. Dungeon Hunter 4
Publisher: Gameloft SA
Size: 1 GB
If you were addicted to Dungeons & Dragons (1997), you're going to love this new fantasy RGP (Role-Playing Game) Dungeon Hunter 4. Like every RPG title, this game requires you to kill a horde of enemies to level-up. Once you acquire a certain skill, then only you can stand a chance to defeat Bosses (no, not office bosses, I'm talking about monsters). In the game, there are four classes of characters. Each of them possesses unique fighting skills. As the game progresses, you hone their abilities. You can even create and improve weapons. For the sake of story, here's Gameloft's excuse: "Having woken up from a seeming nightmare you find a kingdom embraced with fire and war. Thanks to your improbable power you manage to leave fight whole and safe, and now you become the last hope of oppressed people". If your friend has this game, you must try out the co-op mode.