Find out how many seats your party has won. 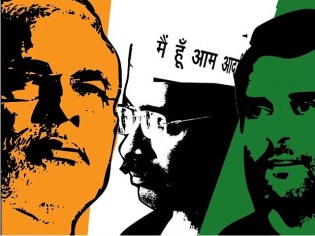 16th General Elections in the world's largest democracy have ended. During the campaign extravaganza, India's EC (Electoral Commission) seized over 313 crore of cash. That number looks like this -  3,13,31,76,868. The surveillance squads also intercepted 2,25,67,476 litres of liquor, which was meant to lure the voters. For electrifying road shows political parties were making sure to provide uninterrupted stream of drugs. Of which, around 1.85 Lakh kg of drugs were seized in multiple raids. Seriously, hats-off to our politicians who strive to provide us with exotic alcoholic drinks and rare narcotics while stupid "Aam Janta" like us ask nothing more than Food, Water, and Electricity. High time for us to think big and appreciate the our leaders.

In next few hours, we will know which party is in the position to form the government. even if you don't have interest in politics, your colleagues and friends are going to force-feed you with "election gyaan" anyway. So this time around (अब की बार) why not surprise them by staying ahead of them. For that, all you have to do is visit these handpicked election portals.

Microsoft CNN-IBN Election Analytics Centre
www.bing.com/elections
Partnering with CNN-IBN, the software-giant has set up a Bing powered election portal. We all know that Bing is no match for Google when it comes to web searches. However, in presenting election data, Microsoft has outdone Google. Instead of just throwing numbers, the website delivers data in the form of interactive charts and diagrams. The company has also archived the electoral data from the year 1951! In case if you're going to spend most of the time in travelling, Microsoft has an app for you. Dubbed India Elections 2014, this software is available on Windows Phone, iOS, and Android. 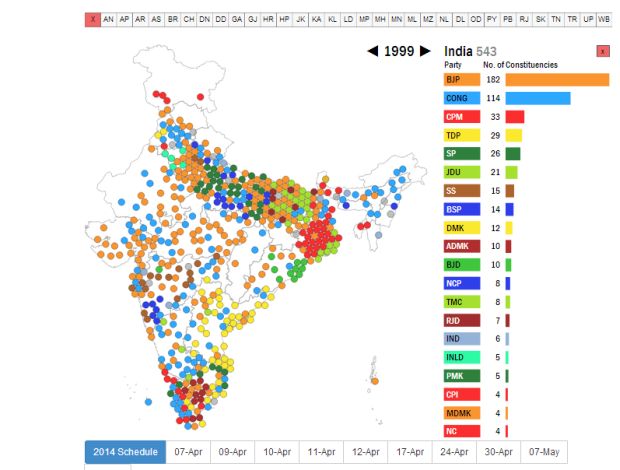