Home » Mobiles » How to: Move Your Apps To Memory Card In Windows Phone 8.1

How to: Move Your Apps To Memory Card In Windows Phone 8.1 | TechTree.com

How to: Move Your Apps To Memory Card In Windows Phone 8.1

A quick tutorial to help you free internal storage on Microsoft's mobile platform. Similar to the iPhone, Microsoft's mobile platform lacked memory card support at launch. Manufacturers do away with this feature on high-end devices because a sluggish card can hurt your phone's performance. However, due to user feedback and requests, Microsoft added microSD card support in Windows Phone 8. There was a catch though — you couldn’t install apps on memory card. Little wonder then, the Android users who made a switch to Windows Phone have been complaining about it for a while. Now finally, the big M has addressed this issue in the latest iteration of the OS — Windows Phone 8.1. If you've installed WP 8.1 Preview on your smartphone, here's a small tutorial on how to make use of this new feature.

1. From your Start screen, swipe to the left. Click on Storage Sense, to check what's taking up space on your handset. 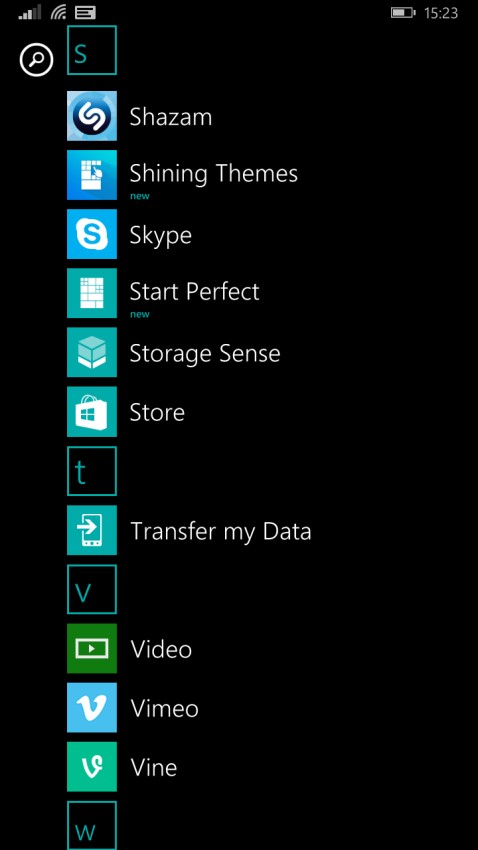 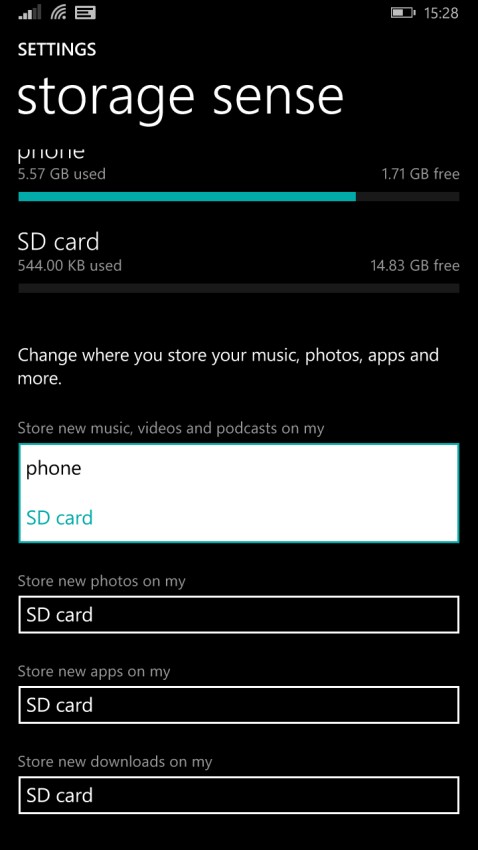 Now every app and media file you download will be saved to your memory card. If you've got plenty of apps eating up your phone memory, follow these steps.

3. Tap on Phone in Storage Sense. It will display phone's internal memory breakdown.

4. Click on Apps + Games to see exactly how much space has been hogged by these app. Tap the selection button at the bottom, then hit Select All. 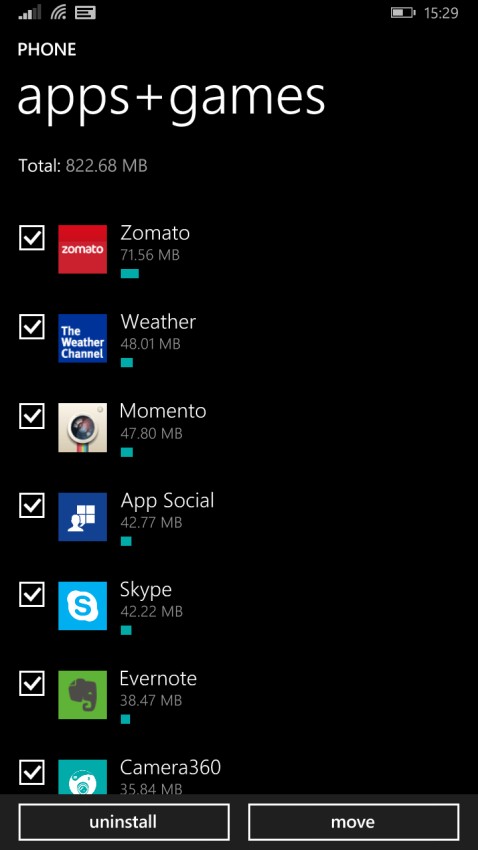 5. The phone will ask whether you to move your apps to memory card. Click on Yes. 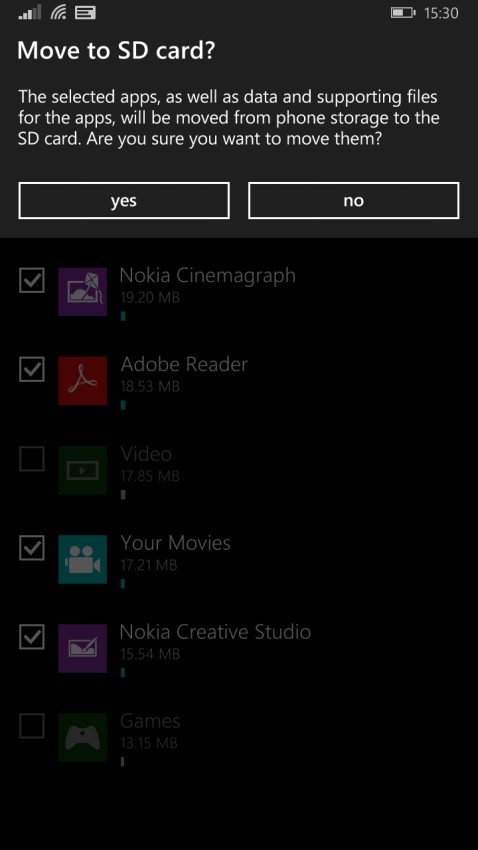 The apps will start disappearing from this list once they're moved to the memory card. Note that not all apps will be moved to memory card. A few default ones associated with the operating system are required to be there the phone’s internal memory.