Home » Mobiles » Jargon Buster: Everything You Need To Know About Smartphone Screens

Jargon Buster: Everything You Need To Know About Smartphone Screens | TechTree.com

Jargon Buster: Everything You Need To Know About Smartphone Screens

Find out what these gibberish terms such as IPS, PPI, and OLED stand for. 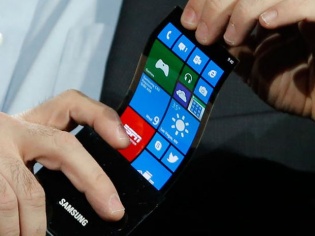 At every launch event, people blabber about the technical mumbo-jumbo related to the new gadget. For instance, in display technology, companies love to throw gibberish words such as PPI, AMOLED, IPS etc at you. Now lets find out what do these confusing terms actually stand for. If you think we've missed out on something important, let us know in the comments section.


Resistive screen
Resistive screens ruled the roost pre-iPhone era. Remember those erratic displays that would require you to use stylus or your fingernail to register touch input? Such screen comprises of two electrically resistive layers separated by a thin air gap. When you apply pressure on the screen, the two layers meet and register the touch input. Thankfully, the tech has become obsolete in smartphones. So you no longer have to deal with it.

Capacitive screen
The current crop of smartphones from the affordable Lumia 520 to the premium iPhone 5s sport a capacitive touchscreen. In this setup, the screen's glass surface is coated with a conductor material. A low voltage current is run through the screen. When we touch the display, the local electrostatic field gets disrupted, which helps the system detect even the slightest touch. These panels also support multi-touch gestures.

LCD
Liquid Crystal Display (LCD) type screens require back-lighting for legibility. Due to the light source, the LCD panels cannot produce accurate blacks. For instance, if you set at same black wallpaper on an iPhone 5 (LCD) and a high-end GALAXY smartphone (OLED), the colour will look lighter on the iPhone's LCD screen. Another technological limitation with the LCD is its back-light bleeding issue. That being said, LCD screens are much brighter compared to OLEDs.

OLED
OLED (Organic Light Emitting Diodes) screens are emissive type that produce its own luminance. In simple words, unlike LCD screens, these displays don't require back-light. OLED panels can selectively shut off the pixels to render blacks. Because of this, OLED screens can deliver outstanding contrast. If you prefer vibrant colours and accurate blacks, OLEDs are the way to go.

Difference between the LCD and OLED screens.

ClearBlack
Even today, most smartphone screens struggle to maintain visual quality under sunlight. To address this issue, the Finns at Nokia added a layer of polarisation filter between the panel and touch sensor. This method turned out to be quite effective in blocking reflections. As a result, you get better contrast and deeper blacks in any lighting condition. This technology can be implemented on both the LCD and OLED type screens.

PPI
Pixels per inch (PPI) refers to the pixel density of a screen. Higher the PPI number, sharper the screen. Values around 330 ppi are good enough to produce impressively sharp images on a smartphone screen. However, some smartphone manufacturers give this number more importance than it deserves. For instance, the Vivo Xplay 3S features a 6-inch screen with 2K resolution (2560x1440 pixels). This takes pixel density to a whopping 490 ppi, which makes for a perfect case for an overkill.

Curved Screen
This is a new fad in smartphone display technology. Although the manufacturers are aiming for flexible phones, currently they have to settle for curved screens since the other phone components such as board, chipset, and batteries are still in solid form. being thinner and light, OLED screens are preferred over LCDs to manufacture curved screens.