Thanks to the affordable phones such as Lumia 520 and 525, a lot of people are buying into Windows Phone platform. If you're coming from Android camp, you'll many essential apps missing. However, the fact is that the alternatives are there, but aren't well known. So if you've bought a spanking new Lumia, these are the must-have apps for your phone. Since Windows Phone device come with built in support for QR, we have provided barcodes instead of the download links. In case you're confused, just click ‘Search’ button to fire-up ‘Bing’, and then click on the ‘Eye’ icon at the bottom to fire up ‘Bing Vision’. Simply point it at the barcodes. 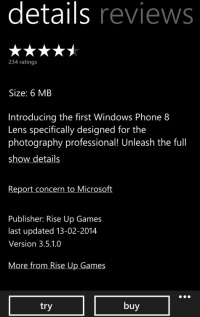 Quick Settings
Developer: Colorful Studio
Many people miss the quick connectivity toggles on Windows Phone platform. The rumour has it that, Microsoft is introducing that feature with 8.1 update. Till then, Colorful Studio's Quick Settings app is your friend. The software offers direct access to Airplane Mode, Bluetooth, Cellular, and Wi-Fi. Apart from that, there are other useful tools such as Flashlight, SOS, Siren Alarm, Morse Code, Battery utility. 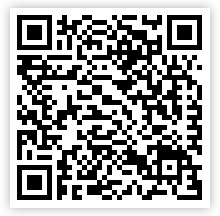 Dictionary
Developer: Flow Simulation
Unlike the popular Dictionary.com, this apps from Flow Simulation offers over 100,000 words and definition offline. The definitions are stored locally for maximum responsiveness. The home page contains a randomly selected word cloud which will pique your curiosity, while the search box allows you to find specific words easily. The app layout is elegant and polished. The animations and transition effects are brilliantly done. Surprisingly, not many people know of it. Tube Pro
Developer: Fast Code
Windows Phone has a YouTube app which works fine, but you can only watch videos when connected to the internet. To work around this problem, independent developer Fast Code has brought Tube Pro for Windows Phone. This app lets you not just watch YouTube videos, but also save them in the phone for later offline viewing. If a video is available in HD format, then you get an option to download it in LQ (low quality), HQ (high quality), or HD (high definition 720p). Translator
Developer: Microsoft
Powered by Bing, Microsoft's Translator app is one nifty tool. The app let's you translate text using phone's camera in real time. That's quite impressive if you ask me. Other than that, there are other methods such as voice or keyboard. Like any machine translation tool, it doesn't always makes sense. However, if you're roaming in a foreign country, it will definitely help you understand the restaurant menus and sign boards. 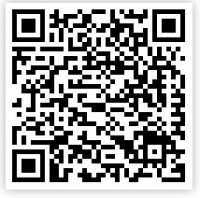 Weave News Reader
Seles Games
This Windows Phone exclusive news reader that lets you follow any website or blog. Those who are new can start off with built-in news sources provided by this software. You can choose the feeds according to you interests including technology, world events, and gaming.For lazy types, there's also a feature that reads the articles for you. Simply put, it's the best free reader app for Windows Phone platform.