Home » Features » Can The Internet Govern Our Nation?

Can The Internet Govern Our Nation? | TechTree.com

Can The Internet Govern Our Nation?

This Republic Day, we try to figure out whether technology can surpass bureaucracy in the country. 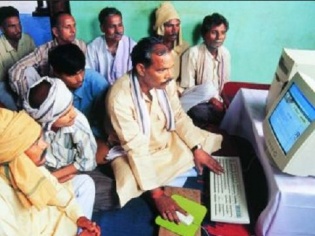 India is a land of great diversity, and is home to people across races and ethnicities. On 26th January 1950, India became a "Sovereign Socialist Secular (hehe) Democratic Republic" with the official acceptance of the Indian Constitution. Over the years, the nation has grown from an ageing population to a more youthful country, which not only controls the spending patterns, but also governance, and eventually growth of the nation. As the youth leans towards the world of internet and mobile computing, politicos and government offices cannot shun the potential of the medium. So here we look back at how technology has changed the face of politics in our country.

Tech-Savvy Politicos
AAP or the Aam Aadmi Party has dominated headlines off late for all possible reasons. While it did sketch one of the most successful voter mobilisation drives in recent history, it certainly wasn’t the first. Surprisingly it was, Bharatiya Janata Party (BJP) which is considered to be an ageing political party in the country to get a social media headstart. Apart from a very interactive official BJP Facebook page (which seems to have mushroomed into 1000 more "Official Pages"), Narendra Modi surely knows how to look beyond the boundaries set by Mark Zukerberg. NaMo was the first Indian politician to turn to Google Hangouts to "connect" with the youth, and win their hearts. The running UPA government did try something similar, but didn’t earn a lot of eyeballs. NaMo is also known to be an early adaptor of social mediums such as Twitter. Being a forerunner in the Prime Minister's race for Elections 2014, it will be interesting to see how much the technology manages to penetrate in the legal and administrative offices of the country, once the tech-savvy politician manages to be at the helm of things.

The Power Of The Mango Man
The common man seems to be dominating the political scene in India these days, and the Aam Aadmi Party seems to be holding the beacon for now. With rather slim changes of governance in the centre, AAP has certainly managed to ruffle a few features at state-level politics. While Tata Tea did manage to get the voter registration drive some much needed fuel under its "Jaago Re" initiative, AAP truly mobilised and motivated young voters to come out and make their votes count. AAP even went the extra mile to set up spy-cams to keep a tab on illegal pre-election campaigning activities. Now that the party is in power in the state of Delhi, we can only hope that social media will be further used to serve people more constructively and productively. I'm pretty sure people are tired of being spammed on social media anyway.

Online Services, Really?
Currently, bureaucracy rules the roast in India. While you have to go through cumbersome paper work for most of your legal issues, including your identity proof, most of these have become available online… well most of the processes. Read here to find out what services are available and to what extent to make your life easy. That said, except local railway tickets, nothing is really as easy as booking movie tickets on your smartphone. However, knowing who your local MP/MLA is may not be that much of a difficult task.

In all, the technology is definitely helping Governments to reach out to its citizen. Similarly, it’s now easier for a common man to access “Sarkar” related information and voice concerns regarding the same. The interaction between political parties and “aam janta” is getting traction in metros such as Delhi. The biggest challenge will come in rural India, where electricity is still considered as luxury.