A quick guide using the ASUS ADSL N55U to achieve that, and more. 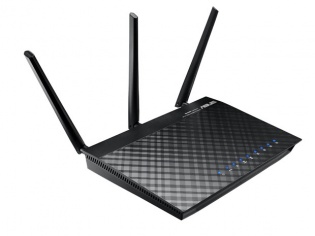 We don't have a desktop computer at home. All my family members, including myself, work on their individual laptops. So queuing something for download when you're not at home is impossible. I did toy with the idea of buying a Nettop or a Raspberry Pi dedicated for downloading purposes, but then I came across a few routers that could do the job. Sounds pretty awesome, right? I got the ASUS N55U to test — a high-end router with BitTorrent downloading capabilities, among other features. I have an MTNL ADSL connection and the N55U is an ADSL WiFi router. The setup was absolutely simple — just go to 192.168.1.1 on a web browser via any device, choose the country and the internet provider you use, punch in the username and password provided by them, and you're set! ASUS has thoughtfully preset all the Indian ADSL internet operators' settings.

The interface isn't too complicated to use. Let's jump right to the BitTorrent downloading part — there are two USB ports at the back of the router. You can connect either a flash drive or a portable hard drive which the router will need to store your downloads. Other than storage, you can also use these USB ports to hook up a wired printer/scanner to make it wirelessly accessible. I connected my 320GB WD portable drive. You have to do a one-time install of ASUS's 'Download Master' app on to the connected drive, after which you can access the BitTorrent client; right from your web browser! Next, download the .torrent file from wherever and upload it into this interface to start your download! There's no need to keep the computer turned on; the download will continue and you can log back in to check on its progress. And by the way, any storage that you connect to this router becomes a Network Attached Storage, i.e. visible to any computer connected to that router. So, I was wirelessly able to access the contents of the hard drive from my laptop. I watched a few HD videos that opened seamlessly; as if the drive was physically connected to my laptop. This is especially great for people using flash storage based Ultrabooks that have comparatively less storage space than traditional laptops.

The ASUS N55U also has a bunch of other features — one that I was particularly excited about was 'Traffic Manager'. It is supposed to prioritise which task gets more bandwidth over others. But I was disappointed as this didn't work the way I'd hoped it would. By default, web browsing was given the highest priority and BitTorrent downloads was given the lowest. Still, I didn't notice the BitTorrent speeds getting throttled when I started streaming a video on YouTube — the download continued at full steam, making the video buffer badly. Maybe ASUS should optimise this feature better so that unsuspecting parents don't have to face internet slowdowns when you have put something for download. Next, the N55U also has some other cool features that did work — like 'Parental Controls' using which, you can create a timetable for when a particular device can access the internet. Then there's 'Guest Network' that provides internet access to devices, but prevents them from accessing the intranet and connected storage. With respect to range — to a layman it might seem that the ASUS N55U has a wide range because there are three antennas on the router. Well, honestly my first router had a single antenna, which never provided range to my bedroom (the rough dimensions of the router and computer placement are provided in the image below for your understanding). My second router that had two antennas also failed to provide me with a signal there. Lastly, I sadly report that even the N55U, with its three antennas, wasn't able to provide me with range in my room. Also, I'm talking about connecting to a laptop in all these scenarios; in my experience portable devices like smartphones and tablets have worse signal-latching abilities, probably due to relatively lower-power WiFi receivers in them. I have given up on the whole thing a long time back and have been relying on a WiFi range extender. And it doesn't seem like the ASUS N55U is going to change that story (By the way, if you don't want to invest in a range extender, you could try out this DIY trick to improve coverage).

This router sells for Rs 10,450. Yes, it is almost five times as expensive as a reasonable ADSL router. But then you get the awesome BitTorrent downloading feature that worked as advertised in my usage. I hope the 'Traffic Manager' feature is fixed though. One can't ignore the cost; it does pinch. With a Raspberry Pi and a typical router, maybe you can manage BitTorrent downloads at half the cost. But if you want a simplified, integrated solution; the ASUS N55U could be what you're looking for.

Rohan Naravane is the Content and Product Head for PriceBaba.com. He loves to talk tech on Twitter @r0han.