Turn your smartphones and tablets into a casual gaming zone. What better way to ring in the New Year with friends, good food and some fun? Well, while you can get into the groove with song, dance, and some chatter, it's not as much fun as some fun games to keep you company. If you are not the board games collector sort, or don’t have too much time to shop for some fun games, your smartphone/tablet can come to your rescue. Here are a few games you can download on your device. We've tried to cover apps across platforms, but some of them may not be available by the same developer.

Scrabble
If you are in the company of an intellectual set of friends, then Scrabble will be a whole lot of fun. The popular word-making game has seen a steady fan following for many years now. The official Scrabble app by EA for Android and iOS is available for free. The official Scrabble app is yet to find its way into the Windows Phone app repository, so you'll have to settle for a similar game called Ruzzle instead. Taboo
If you've played dumb charades and find it hard to keep track of how valid the rules of the game are, then this one will be a lot less chaotic, structured, and interesting game to play. A spoken game, the rules are simple. A word needs to be described to your team members, and you can't use any of the words listed on the card. The iOS users can check out Unspeakable Free, or another similar-named option Unspeakable, both of which offer a very clean layout to play with. For Android lovers, there is Taboom and Taboo. And the Windows Phone enthusiasts can turn to Taboo Extreme instead, or even upgrade to the paid version of the game. 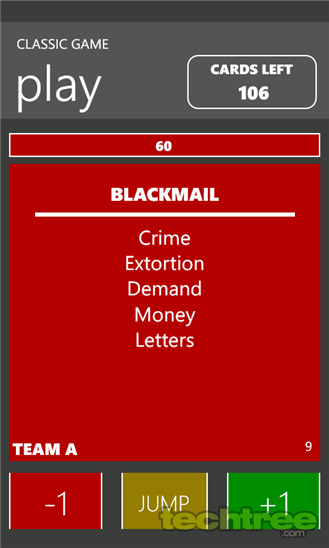 Pictionary
Yet another spin on dumb charades, this one requires you to guess words by drawing related objects. A fun game that ensures a lot of laughs if you can't sketch coherently to save your life, this one will cause quite a riot, and make the party a lot more fun. For iOS and Android users, there is an app called Draw Mania, by the same developer that you can turn to. Windows Phone users don't have too many promising options to sift through. You will have to make do with the paid app called Graffiti, which frankly I wouldn’t recommend. 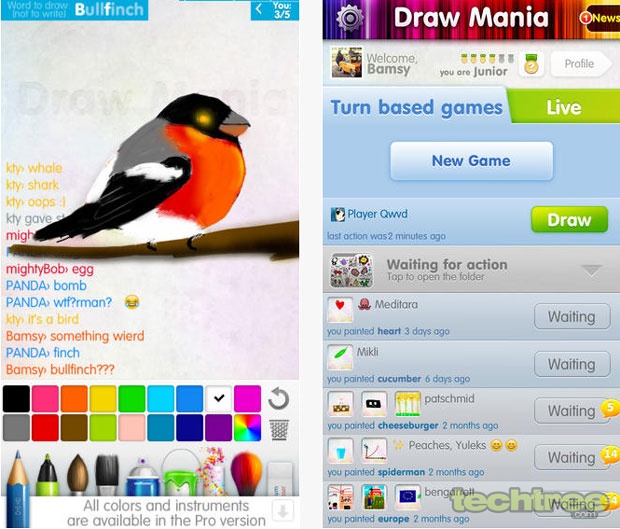 Carrom
Here is one of my personal favourites. While carrom is very much fun to play on a real wooden board ideally with four players, your smart device limits that to just two. There are quite a few versions of the game available for all three major platforms — Android users can check out Carrom 3D, iOS users can turn to Carrom MP, and Windows Phone users can try relatively-new Carrom app. Snakes & Ladders
Now as corny as it sounds; you can actually relive some of your fun childhood memories with a cheesy game such as Snakes & Ladders or Ludo on your smart device. Play alone, or with a group of friends, depending on whether you have fun friends around or are forever alone. iOS users can try their hands at Snakes & Ladders Game Online Lite HD and Simply Ludo while Android users can download  Snakes and Ladders - Ludo Free, Snakes and Ladder Unlimited, and Ludo. Windows Phone users have a few not-so-polished options too, which include Snake And Ladder and Ludo Game. 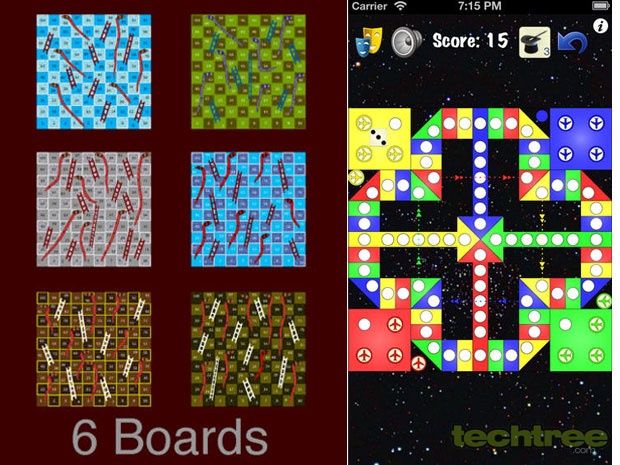 Special Mention: UNO & Friends
For those who can't get enough of their favourite card game on the go; you can try playing the free game dubbed as UNO and Friends. Although there are several other variants of the game, both paid and for free, this is one that promises a "Fun Social experience". The game is an available on all major platforms free of cost including Android, Windows Phone, and iOS. No harm in giving it a whirl.