Our initial impressions of Nokia's biggest Lumia till date. 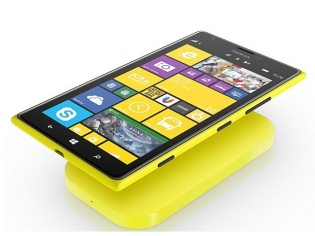 Nokia has been one of the few companies that refrained from releasing oversized phones for a while. However, looking at the immense success of the GALAXY Note series, the Finns have finally decided to jump on the "phablet" bandwagon. With its 6" full-HD screen, the Lumia 1520 is the biggest Windows Phone 8 device in the market. Thanks to a quad-core Snapdragon 800 chipset, it can go head-on with any Android flagship device. Since the OS already runs smooth on dual-core CPUs, the powerful chipset is meant to attract specs-loving buyers from the dark side. During the launch event in Delhi, we got a chance to check out the phone, and here are our initial impressions about the same.

Design And Build
Make no mistake, the Lumia 1520 is huge and unwieldy. It's bigger than the Samsung GALAXY Note 3. The only phones less pocketable than the 1520 are Sony's Xperia Z Ultra, HTC One Max, and Samsung's Mega 6.3. Personally, I wouldn't want to slap a 6-incher across my face for making or receiving calls.

Moving on to its looks, the phone is based on Nokia's fabula design language that debuted on the N9 (which looks identical to the Lumia 800). The slim unibody and bold colours (especially, red and yellow) reminds you of the 720. Makes us wonder how Nokia squeezed induction charging coil in an 8.7 mm thin body. On the other hand, a slight camera protrusion is in line with the Lumia 925.

The 1520's construction is top-notch. There's not a single rough spot on the phone. Even the loudspeaker grille pores are machined with insane precision. While there are plenty of high-end phones in the market, the only other company to roll out such polished products is Apple.

The position of hardware buttons is a standard Lumia affair. The screen along with the capacitive keys are covered by a layer of scratch-resistant Gorilla Glass 2. It's worth noting that the Lumia 1520 is Nokia's first phone to adhere to nanoSIM standards. That's going to be helpful for those making a switch from the iPhone. The rest will have to get their SIMs changed. Display
The 1520's 6" IPS LCD screen has pixel dimensions of 1920x1080. That takes its pixel density to around 365 ppi. No doubt, the display is very sharp, but what's even more impressive are the viewing angles. Even at extreme angles, the screen manages to retain legibility with minimal colour shift. Thanks to polarisation filters, the phone delivers relatively deeper blacks while eliminating the screen glare. Backed by the Assertive display tech, the screen offers excellent picture quality in various lighting conditions. The system comprises of a dedicated chip and software algorithm that controls individual pixels in real time. Similar to the current crop of Lumias, the 1520 comes with a super-sensitivity display. For those who like to experiment, there's an option to play around with the colour profile. So you can change the colour tone from natural to vivid.

Specifications
Apart from a 2.2 GHz quad-core processor, the phone features an Adreno 330 GPU. For multitasking, there's 2 GB of RAM. Internal storage is 32 GB, and you can throw in additional 64 Gigs via the microSD card slot. The phone flaunts 20 megapixel camera with PureView branding. Backed by Zeiss optics, the camera assembly promises Optical Image Stabilisation. The 3400 mAh battery promises up to 5 days of music playback.

Software
The Lumia 1520 ships with Microsoft's Windows Phone 8 Update 3. After adding its own enhancements, Nokia packages it as Lumia Black. The most important improvement here the ability to close background apps. Now you get a 'close' (x) button on the card-based multitasking menu. The interface hasn't been changed much. However, to make most of the big screen, the guys at Microsoft have added another column of tiles. So if you could fit in two standard size tiles on most Lumia phones, now you can squeeze in three live tiles in a row. That's a better approach than simply scaling the existing UI to fit the big screen. The Glance screen has also been improved. it now supports notifications from email, Facebook, Twitter etc. 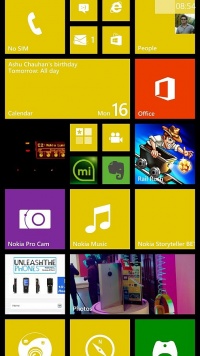 We've seen that Windows Phone 8 devices run smoothly on a dual-core processors. So the absurdly powerful Snapdragon 800 chipset doesn't make much difference when it comes to the user experience. However, it's the gaming where you feel the difference. Especially, Modern Combat 4 loads much faster on the 1520 compared to the Lumia 925.

The phone comes with Microsoft Office Suite and SkyDrive integration out of the box. You can edit the documents and spreadsheets on this 6-incher with ease. I'm sure, it's going to be a killer feature for corporate users. Additionally, you get Nokia exclusive apps including Here Maps+, City lens, PhotoBeamer, and Nokia Music.

Camera
The 20 megapixel PureView camera comes with Optical Image Stabilisation. Similar to the current camera flagship 1020, this phone features dual-capture — saves pictures in 19 MP and 5 MP. The camera also offers an advance option to shoot in RAW DNG (Digital Negative) format. This will interest many shutterbugs who prefer high-quality unprocessed images. However, these images go as big as 16 MB, so it's better to stick with compressed JPEGs unless you're good with professional post processing software. The camera also comes with Lytro style camera app, Refocus. It allows you to take a snap, and set the point of focus later, or even better keep everything in focus. While we haven't fully tested the camera, we were quite pleased with the indoor test shots.

The phone can record 1080p video in MP4 format. During the event, Nokia demonstrated how its quad-mic setup delivers directional sound. In simple words, the phone prioritise the sound coming from the object in focus. It also cancels the background noise to a great extend. As a result you get impressive stereo sound in your videos. 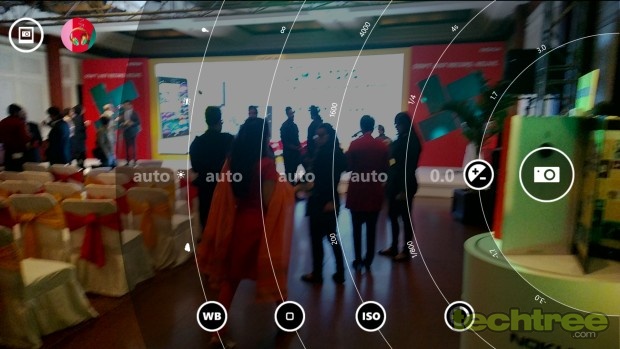 In A Nutshell
Be it size or performance, the Lumia 1520 is a beast. Since the phone is huge, it's definitely not meant for normal users. However, those who love bigger screens will not be disappointed. Priced at Rs 47,000, it goes head-on with the similarly priced GALAXY Note 3. In fact, it's better than Samsung's offering in terms of aesthetics. At the same time, the Note 3 has an edge due to its stylus integration and truckload of apps. To find out whether the 1520 is truly a GALAXY Note 3 killer, stay tuned for our comprehensive review.