Home » Mobiles » Preview: Sony QX10 - A Much Needed Upgrade For Your Smartphone

Preview: Sony QX10 - A Much Needed Upgrade For Your Smartphone | TechTree.com

Preview: Sony QX10 - A Much Needed Upgrade For Your Smartphone Here’s a quick look at Sony QX10 that we just received in our Labs. Before we get down to writing an in-depth review of the same, here are some initial impressions of the same.

For those not in the know, the QX10 is “basically a point and shoot camera” that can be slapped on to your existing smartphone. It comes with interesting specs:

This little spy wonder works really well with my Sony Xperia Sola. All you got to do is…

Using the Camera
The rest is pure spy-awesomeness. No one knows that you are shooting with a camera as they never expect you to hold it so causally without looking at it. And with a 10x zoom, this is the single most powerful tool a man would want to use when clicking... well, desirable subjects. If you like you can conventionally slap on the camera to your smartphone. The bundled Smartphone attachment is well made, sturdy and can be attached to even big phones like 5 inchers. 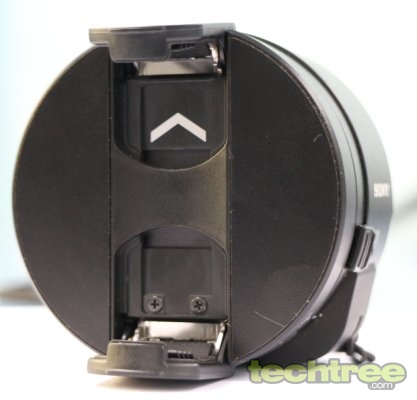 I’ve really enjoyed using the camera as it is really snappy when clicking, though the colours are exaggerated in the captured images. Everything is handled on the smartphone such as zooming, Sony’s intelligent modes, white balance, and exposure values. Oh yes, this can help you shoot epic selfies! Talking over Wi-Fi
The camera and smartphone communicate through Wi-Fi directly. This doesn’t mean that you need Wi-Fi network running in the place where you are shooting. There is a secret pass key which connects both devices to each other with minimum lag.

However, when shooting at 18MP, the camera images are quite big and take a long time to transfer over to the smartphone. But you can always choose an option to save 2 MP images on the phone, while the full 18 MP versions of the same are saved on the camera itself. Yes, you have the option to insert a microSD card in the camera itself. More on that in the full review.

That’s it for now, stay tuned for the review, and we will let you know whether Sony’s QX10 is really worth its Rs 13,000 price tag.

You can see the Sony QX10 in action below: