In this instalment, learn which technology - LCD or plasma, is well suited for your viewing needs. 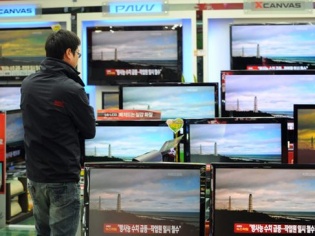 The general perception of a TV buyer's guide is a quick and dirty list of the choicest TVs across different categories and price segments. While that sort of spoon feeding is quite convenient for a reader, the whole endeavour becomes useless in a few months time when the TV models are inevitably replaced. Therefore, this will not be your run-of-the-mill buyer's guide that's content with recommending TV models.

The idea here is to educate you on the finer aspects of choosing the right TV for your needs. By that, I don't mean a simple glossary of the tech terms, because that's boring. On the contrary, this guide endeavours to bring forth the important aspects and then explain how that correlates into practical purchase decisions. That way, you don't just understand what the tech mumbo jumbo means, but also how to apply it to your impending TV hunt.

Like they say; teach a man to fish... so let the education begin.

A Binary Choice
Regular CCFL-backlit LCD panels, bulky but beautiful CRTs, and rear projection television sets have all but disappeared from the store shelves. Meanwhile, newer display technologies such as OLED panels are still in the nascent (read: unaffordable) state. That leaves us with only two viable alternatives—LED-backlit LCD and Plasma TVs.

As someone who reviews TV sets for a living, I have loved emissive displays. The modern, but not necessarily better, transmissive or reflective technologies haven't exactly managed to enamour me. Did that just ricochet off your skull? Don't worry, because it'll all be put into perspective. You see, emissive displays are your CRT, plasma, and upcoming OLED TVs. These displays don't rely on an auxiliary light source to create pictures, but the pixels produce light on their own. LCD panels are examples of transmissive technology, which requires a light source such as a CCFL lamp or an array of LEDs to reproduce images.

Plasma: a Fading Technology
The sad truth is that plasma TVs are rapidly making way for LED-backlit LCD TVs. Nothing bears witness to this trend better than major plasma players such as Pioneer and Panasonic having made their exit from the space. This is tragic because plasma panels offer better picture quality than any transmissive display. And they do it while being cheaper to boot. If I had my way, every shop would stock plasma televisions and nothing else. Unfortunately, the world isn't perfect, and your typical household consists of those who watch Saas Bahu repeats too. That rules out plasma panels for two main reasons.

Firstly, plasma TVs appears washed out in brightly lit rooms due to their inherently lower luminosity. In layman's terms, the technology isn't nearly as bright as LED-backlit LCD panels. The point being, unless you want to watch movies in a darkened room, LCDs beats plasmas in the brightness game. Moreover, since plasma panels employ glass screen surface they suffer from glare in the lower-end models that do not incorporate anti-glare coatings. Therefore, you cannot place a cheap plasma TV in a regular room flooded with direct sunlight. Not unless you are open to investing in higher-end models bearing anti-glare coating.

Significantly higher power consumption is another major issue with plasma panels. This is bound to happen in a technology that burns electricity to ionise gas within the plasma cell array to reproduce images. Most 50-inch models can draw a peak power in excess of 400 watts under maximum load conditions.  This isn't a problem for a cinephile unwinding to some movies after work, but the total cost of ownership goes up significantly when the TV is to be switched on throughout the day. When you add up the power consumption numbers, the cost of ownership per year gets dear if the TV will be switched on at all times. Using a plasma panel for viewing lossy satellite set-top box content is therefore an utter waste of money.

Why You Should Still Buy it While You Can
Perfect Blacks: For starters, they provide unparalleled picture quality. Unlike LCD displays, plasmas do not rely on backlighting. The problems caused by backlighting is what causes black crush (the inability to render black detail) in LED-backlit LCD panels. Plasma panels, however, face no such issues, and because they are emissive displays, a pixel can be truly turned off. The lack of a backlight fouling with pixels that are supposed to be darkened, affords much better black detail. The level of grey-scale detail is so impressive that it can't be matched even by full-matrix backlit LED TVs, otherwise marketed as locally-dimmed panels. On the contrary, these LCD TVs touting local dimming tend to suffer from the irritating halo effect in the darker scenes. In simple terms, a plasma television doesn't exhibit washed out dark scenes that LED and LCD TVs are notorious for.

Excellent Colours: While it's true that the image processing circuitry is responsible for the colour fidelity of a TV, a plasma panel still has inherent advantages. This largely has to do with the way it handles sub-pixels. While an LCD panel employs a liquid-crystal filter to block and bend light to reproduce colours, it isn't the most accurate or elegant approach. In fact, it is prone to many optical anomalies that compromise colour fidelity. Each pixel in a plasma panel is a light emitting source. Nothing assures better colour fidelity than having individual pixels that generate their own light and colour through phosphors. Since this is a technology that's basically closer to the brilliant CRT TVs, plasma panels can module brightness and hue better for each individual pixel. All that translates into richer, more saturated colours with excellent contrast levels.

Faster Response Time: Plasma scores over LCD in pixel response time. That's the delay exhibited by the pixels while transitioning from grey to black and white to black states. Such high response time can be attributed to their dependence on slowly reconfiguring liquid crystals to modulate the flow of light. The pixels refresh slower because these crystals can't change states fast enough to prevent moving images from blurring out. Once the pixel is turned off in a plasma TV, it decays in no time. Needless to say, it's leagues ahead of the LCD in terms of response time. If you watch a lot of sports, action movies, or play videogames, a plasma TV is indispensable for you. The more expensive LCD televisions incorporate interpolated refresh rate gimmicks and pixel overdrive to mitigate the problem. These workarounds nevertheless are still workarounds. They can't match plasma TVs in speed.

Better Viewing Angles: The initial days of LCD technology were plagued with pitifully narrow viewing angles and ghastly colour shift that ruined the experience for anyone who didn't view the TV from the sweet spot. The technology indeed has vastly improved over the years, but the real world performance is still found lacking. This is again a fallout of the transmissive nature of LCD panel, because it displays colours using liquid-crystal filters that block and vary the intensity of light. The gap between the backlight and the liquid-crystal filter ensures that ensuing image doesn't appear uniform when viewed from extreme angles. Now you know why LCD TVs suffer from compromised contrast and gamma uniformity even with slight changes to the viewing angles.

No Backlight Bleed: Plasma TVs don't suffer from these gremlins as their pixels generate images directly without any added filter to muck things up like in LCD panels. It isn't surprising why even the cheapest plasma TVs best the viewing angles of expensive IPS LCD panels. What's more, a complete lack of backlighting means a plasma panel suffers none of the backlight bleeding that LCD panels are notorious for. Almost all LCDs suffer from conspicuous bright spots because the backlight diffusion panels employed aren't perfect. This makes their already poor grey-scale performance appear even more pathetic.

In simple terms, you are better off with a plasma panel if you want a TV primarily to watch movies and play videogames. This is a perfect companion for your man cave, where you can have a console, blu-ray player, beers, and a few good friends to enjoy it all with. Those seeking a TV for daily family viewing in a brightly lit living room are served well with a bright and energy-efficient LED-backlit LCD TV instead.