Has Nokia truly re-invented the zoom with 1020? 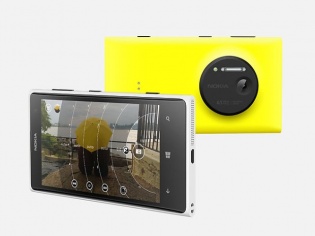 From the humble VGA snapper of the Nokia 7650, to a 41-megapixel monster on the 808, the camera phones have come a long way. While last year's 808 had impressive imaging capabilities, the phone was let down by Nokia's Belle OS (formerly known as Symbian) platform. With Nokia choosing Microsoft's Windows Phone platform to replace the ageing OS, a 41-megapixel WP camera phone was inevitable. The Finns have finally fused the 808's camera tech with modern software, which has resulted in the Lumia 1020. Now after months of waiting, this camera phone has landed in India, and we got to spend some time with it. 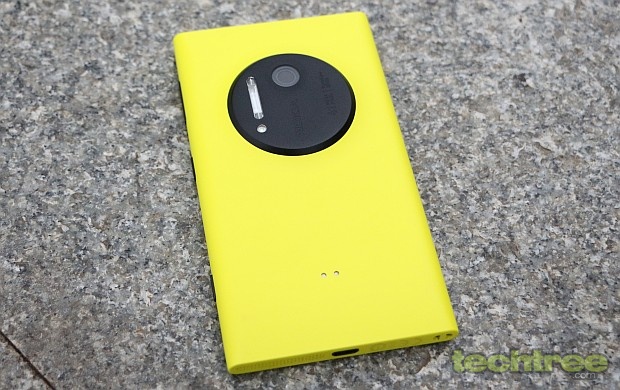 Design And Construction
At a first glance, it's hard to differentiate the Lumia 1020 from the 920 or the 900, thanks to its polycarbonate unibody design. However, the 41 megapixel camera sensor protrusion on its back makes all the difference. That lens assembly is quite hard to ignore, and Nokia doesn't want to hide it either. The designers have actually highlighted the camera assembly on the yellow and white handsets by painting it black. And when you figure out that it contains over 130 individual components that help you churn out great photographs, you'll want to flaunt it too. In case you didn't know, that extra 1 cm of thickness makes room for a 1/1.5” 41 megapixel BSI sensor, mechanical shutter, barrel shift actuator type Optical image stabilisation, six-lens assembly made in collaboration with Zeiss, Xenon flash with flat capacitor (generally found in point-and-shoot cameras), and LED for video recording. The materials used in the handset's construction are top-notch. Nokia's decision to go with matte finish is a welcome one; no matter how sturdy it is, I wouldn't want such an expensive phone to slip out of my hand. Also, despite a sensor that's double the size found on its point-and-shoot counterparts, the Lumia 1020 fits effortlessly inside your pocket. By shedding the in-built wireless charging components, the 1020 becomes 27 grams lighter than the 920. The button placement is a standard Lumia affair. The Volume rocker, Lock button, and shutter key are on the right side. A 3.5 mm jack is at the top, while the bottom side hosts a micro-USB port. 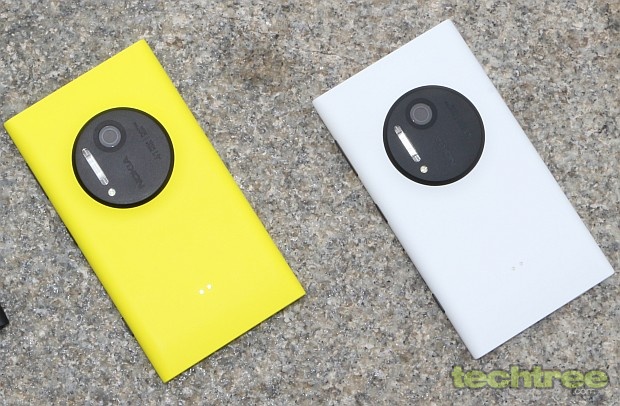 Display
The 1020 has a 4.5" AMOLED HD screen with pixel dimensions of 1280x768. At 332 ppi, the screen is impressively sharp. To put things in perspective, the iPhone 5 has a pixel density of 325 ppi. If you find the colours on the AMOLED screen oversaturated, you can tone it down using Lumia colour profiler settings. Nokia has implemented a sunlight readability mode that changes the screen’s contrasts automatically to retain legibility even under direct sunlight. This is helped further by Nokia's ClearBlack technology that comprises of a sequence of polarising layers that eliminate reflections. As seen in recent Lumia phones, the 1020 comes with super-sensitive screen that can be operated even when using gloves. The display is protected by Gorilla Glass 3.

Specs
The phone is powered by 1.5 GHz dual-core Snapdragon CPU, and has 2 GB RAM. Internal storage is 32 GB, but there's no microSD card slot. Other features include 4G, Wi-Fi, Bluetooth 3.0, micro-USB port, 3.5 mm jack (Dolby enhancements), GSP with voice guided satellite navigation, FM radio, and 2000 mAh battery. Detailed specs are given at the end of this article.

Software
The Lumia 1020 features Windows Phone 8 GDR2 (known as Amber for Nokia). In the latest iteration, the interface is mostly the same, so let's quickly run through the basics. The WP platform offers dynamic Live Tiles that bring information right on your homescreen. Similar to the Nokia N9, you can unlock the 1020 by tapping the screen twice. In terms of performance, it's as fluid as the iOS. The phone didn’t show any sign of a slowdown during whatever little time we spent with it.

Since the USP of this phone is its 41 megapixel camera, let's quickly move onto that segment.

Camera
In Lumia 1020, Nokia hasn’t just thrown in 41-megapixel sensor, but has actually put it to a good use with the thoughtfully designed Pro Camera software. This app gives total control over parameters such as shutter speed, exposure, white balance, and ISO. The phone comes with a feature called dual capture. When enabled, it takes a 38 and 5 megapixel oversampled picture simultaneously. The high-resolution image can be used for editing, and the 5 mp one is ideal to share over social networks.

We tested the camera at Marine Drive in Mumbai, and the results were very impressive. We noticed breathtaking amount of detail and sharpness in each photograph. The 1020 captures shots and lets you zoom into the images to reveal things that are hardly visible to naked eye. Thanks to the Pro Cam software, you can snap the photograph and zoom or frame it later. What’s more, the 41-megapixel sensor captures extra data so that you can un-zoom into the picture, if you want. If you’re capturing images at 5 megapixel (idea for sharing it on SNS), the 1020 offers you up to 8x lossless zoom. Check out the demonstration video right below.

Wondering why your stand-alone camera can’t do that? Well, according to Nokia, the problem with traditional digital zoom is that the zoom level is directly proportional to the loss of detail. This is because the after zooming in, the system needs to upscale the captured image to achieve that resolution. For instance, a 12 MP device might capture only 4 MP after zooming, and the 4 MP image is then digitally up-scaled back to 12 MP. In this process, image sharpness goes for a toss. On the other hand, the 1020 doesn’t need to upscale the images, because its sensor resolution is already massive. There are more interesting things to talk about, but we will save those details for full-review.

To help you take full advantage of this phone’s amazing imaging skills, there's a Camera Grip accessory that offers a two-stage camera button, tripod compatibility, and 1020 mAh battery pack. We didn't spend enough time with the 1020, and Nokia hasn't even revealed its pricing for India, so we can't judge this phone yet. However, whatever we've experienced so far was quite unique and promising. Keep watching this space for more updates on the Nokia Lumia 1020.