A list of quad-core Android phones that offer great value. 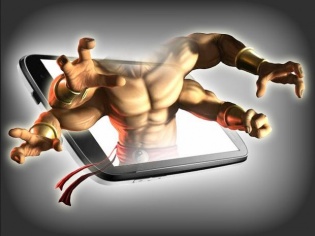 The high-end Android phones are mostly about fancy quad-core processors. But now, thanks to the good folks at MediaTek, these fairly powerful CPUs are now within the reach of the masses. Well, these budget quad-core phones won’t be able to match the performance of the expensive handsets, but get the work done comfortably. Considering that Android Jelly Bean requires at least 1 GB RAM to work well, we haven’t included any phone that has less RAM than that. Without further ado, here are your options if you’re looking to buy a quad-core phone under Rs 10,000 mark.

XOLO Q700
Street Price: Rs 9,000
The XOLO Q700 is backed by a 1.2 GHz quad-core processor based on the MediaTek MT6589 SOC and 1 GB of RAM. The 4.5" IPS screen has pixel dimensions of 540x960. The display uses OGS (One Glass Solution) technology that eliminates the space between your display and touchscreen allowing you to almost touch what's on your display. There's a 5 MP auto-focus camera with LED flash to take care of photography. Other than that, you get 4 GB of internal storage, microSD card slot, Wi-Fi, Bluetooth 3.0, 3G, and 2400 mAh battery. On the software front, it packs in the latest — Android Jelly Bean 4.2. 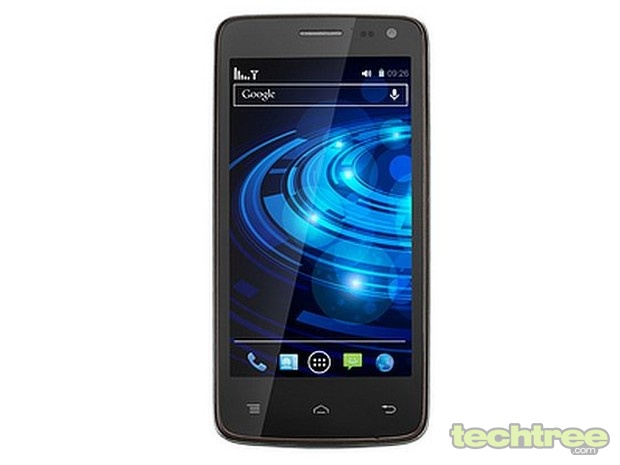 XOLO Q800
Street Price: Rs 9,500
The XOLO Q800 is very similar to the Q700, save for the OGS screen on the latter, and a higher megapixel camera on the former. On the other hand, the Q800’s PowerVR SGX544 GPU is clocked higher (faster) to that of the Q700. The phone sports a 4.5" screen with pixel dimensions of 960x540. It is powered by a 1.2 GHz quad-core processor. The 8 megapixel rear camera is backed by a BSI sensor for low-light photography. Other specs include 1 GB of RAM, 4 GB internal memory, micro-SD card slot, Bluetooth 4.0, 3G, Wi-Fi, 2100 mAh battery, and micro-USB for connectivity. The smartphone runs on Android Jelly Bean 4.1 Karbonn Titanium S5
Street Price: Rs 9,700
The Titanium S5 is the only handset in the list to feature Qualcomm’s Snapdragon chipset. Don’t get your hopes too high though as it comprises of a dated Cortex A5 CPU clocked at 1.2 GHz. It comes with a 5" IPS screen with 960x540. Apart from that, there's an 8 megapixel auto-focus camera with flash, dual-SIM functionality, 4 GB internal storage, microSD card slot, Bluetooth, 3G, Wi-Fi, dual-SIM functionality, and 2000 mAh battery. The smartphone runs on Android 4.1 (Jelly Bean). Micromax Canvas 2 Plus A110Q
Street Price: Rs 9,990
As its name suggests, the Canvas 2 Plus is a refined version of the original Canvas 2. Like most handsets in this list, the Canvas 2 Plus is powered by a MediaTek MT6589 chipset clocked at 1.2 GHz. The device runs Android 4.2 (Jelly Bean), and sports a 5" IPS display with pixel dimensions of 480x854. Other specs include an 8 megapixel camera, 2 mp front-facing snapper, 1 GB RAM, 4 GB of internal storage, microSD card slot, dual-SIM support, 3G, Wi-Fi, and 2000 mAh battery. That's it for now. If you have spotted any other good Quad-core smartphones with at least 1 GB of RAM in this budget, do let us know in the comments section below.