Products and series that made a big splash this year — in a bad way. 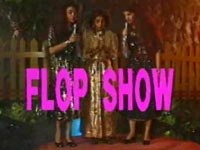 The year 2011 saw the launch of several technologies and products. Many were launched with a lot of pomp, but only a few of these really tasted the fruits of success. The rest were coldly forgotten and unceremoniously scrapped. We are going to take a look at the products and technologies that couldn't stand up to the burden of expectations.


Motorola XOOM
Let's start with tablets. 2011 can be dubbed as the year of the tablet, with products being launched by several companies. However, three highly-hyped tablets were greeted with a lukewarm response. Prior to its launch, Motorola boasted about the power that the XOOM possessed by showcasing it as capable of replacing even desktops. When it was released, it lacked the expected polish and was found to be too expensive.

HP TouchPad And WebOS
HP had been readying its own tablet, the TouchPad, sporting the new WebOS 3.0 operating system, However, facing a financial crunch, it had to suddenly stop development of WebOS and before we knew it, announced a halt to the production of its tablet. Since the mobile OS was developed specifically with the TouchPad in mind, the company also had to scrap the tablet along with the OS. To clear its stock, the tablet was put on sale at an amazingly low price of just $100 (~Rs 5300) and was quickly sold out. The promising specs of the device included a 9.7" 1024x768 multi-touch display powered by a 1.2 GHz Snapdragon dual-core CPU and Adreno 220 GPU, 1.3 mp front-facing HD camera, and 16 - 64 GB of onboard storage. The TouchPad and WebOS have therefore been featured as flops of 2011.

HP Pre 3
Another casualty of WebOS was the Pre 3 touchscreen slider smartphone. This phone was inherited by HP after it took over Palm. Powered by a 1.4 GHz Snapdragon CPU and Adreno 205 GPU, it had a 720p video capapble 5 mp auto-focus camera with LED flash, a front camera for video calling, 8 - 16 GB of internal storage, a high-res 480x800 display, and the innovative Touch-to-Share proximity-based sharing feature. The Pre 3 was sold by HP internally to its employees at the rock-bottom price of $75 apiece and is currently officially unavailable at any retail outlet.

BlackBerry PlayBook
The BlackBerry Playbook was launched in April with a lot of hype as a real challenger for the iPad. Rumours had abounded about a tablet from the Canadian manufacturer, with various names, such as BlackPad, being suggested. The tablet had everything you would expect to make it a formidable challenger, including a 1 GHz Cortex-A9 dual-core processor with PowerVR SGX540 GPU, 7" 1024x600 4-point capacitive multi-touch display, 5 mp camera capable of 1080p, and a 3 mp front camera for video calling. Probably it came in too late, or possibly it didn't have the infrastructure or ecosystem support that the iPad had. Regardless, the device failed to draw attention and can be safely deemed a flop.

Chromebook
The Chromebook was launched earlier this year, based on Google's Linux-based Chrome operating system. Various vendors such as Acer, Adobe, ASUS, Freescale, HP, Lenovo, Qualcomm, Texas Instruments, Toshiba, Intel, Samsung, and Dell were roped in for the hardware. While it was viewed as a competitor to Microsoft Windows and its office suite due to the integrated cloud-based word processing and spreadsheet applications, it quickly became clear that the consumer was not yet ready to move to this new system. The main worry has been that this OS is in effect, a browser and people are not ready to rely browsers for everyday computing tasks. Lacklustre Flash performance and the lack of offline functionality was another complaint. Google has made it an open-source project since November, now called Chromium OS. It remains to be seen if future updates will help make it popular — but as far as 2011 is concerned, this was definitely a flop.

Duke Nukem Forever
It holds the record for being the game with the longest development period of 15 years. It was in and out of the vapourware stage a countless number of times, and faced repeated delays. Yet, the iconic Duke refused to die, and the game was finally released this year. Despite being in development for such a long time, this title utterly failed to meet expectations and seemed more like a rushed job. Clunky controls, long loading times, dated design, lack of a storyline, and boring gameplay — Duke Nukem Forever had everything you don't expect of a AAA title. Even the excellent voice acting by Jon St John could not save this iteration of one of the most popular franchises from being labelled a flop.

PSN Security Breach
Hackers literally caught the security experts at Sony's PlayStation Network with their pants down, as they breezed past the "security" and harvested personal information and passwords of 77-million-odd PSN accounts. Additionally, there were rumours of users' "encrypted" credit card info, including the name, address, phone number, email, date of birth, and CVV2 number being compromised. This event definitely shook the faith of PSN subscribers, as Sony had assured them of the total privacy and confidentiality of their personal data.