For those with the benefit of binocular vision. 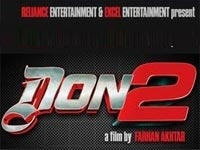 After Hollywood, the 3D bug seems to have bitten Bollywood as well. Don 2: The King Is Back, starring Shah Rukh Khan, is set to be released in 3D too. Shot around the world in countries including Germany, Malaysia, and Switzerland, Don 2 is the sequel to the hit movie Don: The Chase Begins Again, which in itself was a remake of the original Don, featuring mega-star Amitabh Bachchan.

The new trailer lets you view the movie in 3D by clicking on the button present next to the video size selector. For those with a 3D display, the trailer is available in full colour at up to 1080p in almost all formats, including side-by-side and interleaved. Those with 2D displays need not worry, as you can still watch it in 3D using anaglyph (red and blue) glasses, albeit at the loss of some colour information. Here are instructions on how to make your own 3D glasses.

Reportedly, producer Ritesh Sidhwani roped in an S-3D experts who had previously worked on Avatar and Harry Potter and the Deathly Hallows: Part 2. However, since the movie wasn't shot using 3D cameras, you shouldn't expect too much. Don 2 will be launched on 23rd December, so grab your 3D gear and check out the trailer below to find out if the flick is really worth the expense and effort (my bet? Not really).