All of these affordable smartphones offer good value for money and a smooth smartphone experience. 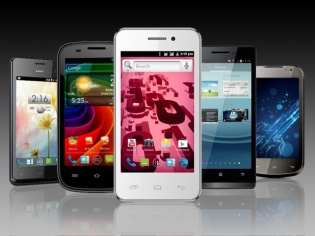 At a time when all smartphone manufacturers are busy releasing high-end devices sporting expensive price tags (best example being Samsung's GALAXY S4, the Apple iPhone series, and Sony Xperia Z and its brethren), and targeting the so-called elite sector and youth with money, we sometimes feel that the common man is not getting his due when it comes to using latest technology smartphones.

Since feature phone users today are being bombarded with myths about spending at least Rs 10,000 for a decent smartphone, people with not so high monthly income are almost deprived of the smartphone experience. Also, there are these doubting Thomases who would first want to get their feet wet before investing a large sum in premium smartphones. Having said that, we would like to add that not all inexpensive phones available in the market offer great value for money. In fact, Android devices with less than 512 MB of RAM can be highly sluggish and experience breakers.

Keeping all that in mind, we have compiled a list of smartphones that can be purchased for an amount less than Rs 6,000 in India. These smartphones may not be "the latest" as some of today's high-end phones (with Quad-core processors and HD screens), but provide good value for money and a smooth smartphone experience to people using them. Here are the smartphones that you can purchase for Rs 6,000 (or less) in India:
Xolo A500: (Rs. 5,900)
Coming from the company that holds the distinction of launching the first Intel powered smartphone, Xolo A500, though not Intel based, comes with a dual-core processor, 512 MB RAM, and runs Android 4.0 Ice-Cream sandwich operating system. It also provides users dual cameras as well as 3G connectivity. This smartphone can be bought for Rs 5,900.
Key technical specifications of Xolo A500 are as follows: 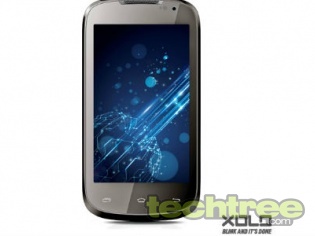 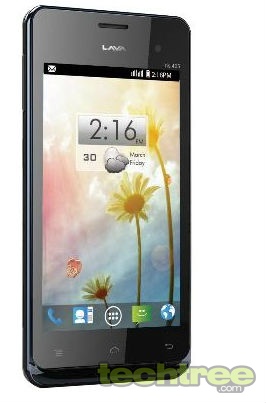 Micromax A89 Ninja: (Rs 6,000)
An economical Micromax offering, the A89 Ninja is priced at Rs 6000, and provides dual-SIM support, and runs on the Android 4.0 operating system. This smartphone is suited for basic internet browsing and regular usage, apart from being used as a "music-phone". This may not be ideal for camera enthusiasts or those thinking about making video calls as it comes with a 3 MP camera, and no front camera.
Tech-specs of Micromax A89 Ninja: Spice Smart Flo Pace Mi-422: (Rs 4,800)
Priced at Rs 5,000, the Smart Flo Pace Mi-422 from Spice is the cheapest Android phone in this list. Unlike the rest, this one does not have 3G connectivity or a dual-core processor. But it does have a 1GHz CPU along with 512 MB of RAM, and dual cameras. It runs Android 4.0 Ice Cream Sandwich OS. For that price, it's a good dual-SIM Android smartphone for beginners.

Tech-specs of the device are: Karbonn A7 Star: (Rs 6000)
Karbonn A7 Star has a price tag of Rs 6,000 and is the only phone in this list that offers a 4.5-inch display at an affordable price. Apart from this, the smartphone has a 5MP camera.  However, there is only 164 MB internal storage by default, but it does have a microSD card slot to expand it further by 32 GB. The only catch here is that the phone does not support 3G.
Tech-specs of Karbonn A7 Star: So that's the list of quality budget smartphones as of now. Going by the speed at which mobile technology is advancing, I would not be surprised to see quad-core phones in this list next quarter.