A list of cheaper alternatives to the Samsung GALAXY Note II and GALAXY S III. 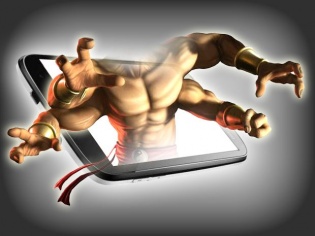 When it comes to CPU cores, most people tend to believe in more the merrier ideology. Whether it's useful or not, people want quad-core chips in their mobile phones. This is one of the major reasons behind the success of most Android flagship phones. If you too fancy a powerful phone, but cannot shell out over Rs 30,000 for the likes of the GALAXY Note II or S III, don't lose heart just yet. Domestic brands in collaboration with the Chinese manufacturers offer plenty of budget alternatives. Although these devices aren't a true match for Samsung's cutting-edge AMOLED screens, camera, and numerous software tweaks, they offer great value nonetheless. Now without further ado, what follows is a list of pocked-friendly quad-core smartphones you can buy without crossing the Rs 15,000 mark.

Karbonn Titanium S1
Priced at Rs 10,300, the Titanium S1 is one of the cheapest quad-core phones officially available in India. Despite being affordable though, the phone offers 4.5" IPS capacitive touchscreen display with pixel dimensions of 960x540. It's powered by a 1.2 Ghz Qualcomm Snapdragon quad-core processor, and has 1 GB of RAM. I guess that should be enough to handle Android 4.1 Jelly Bean. Other features include an 5 megapixel auto focus camera, 4 GB internal storage, microSD card slot, Bluetooth, 3G, Wi-Fi, and 1600 mAh battery. Karbonn Titanium S5
The elder sibling of Titanium S1 comes with a 5" IPS screen with 960x540. The phone offers 1.2 GHz quad-core processor along with 1GB of RAM. Apart from that, there's an 8 megapixel auto-focus camera, dual-SIM functionality, 4 GB internal storage, microSD card slot, Bluetooth, 3G, Wi-Fi, dual-SIM functionality, and 2000 mAh battery. The smartphone runs on Android 4.1 (Jelly Bean). Available for Rs 12,000, it gives the Micromax A116 Canvas HD a run for its money. XOLO Q800
Unveiled a couple of weeks ago, the Q800 sports a 4.5" IPS screen with 960x540 pixel dimension. It draws power from a 1.2 GHz quad-core processor, coupled with PowerVR SGX544 GPU. According to XOLO, the 8 megapixel rear camera backed by a BSI sensor offers great low-light photography. Other specs include 1 GB of RAM, 4 GB internal memory, micro-SD card slot, Bluetooth 4.0, 3G, Wi-Fi, 2100 mAh battery, and micro-USB for connectivity. The phone is only available in black, and is priced at Rs 12,500. Micromax A116 Canvas HD
The successor of the highly popular A110 was the one that triggered the budget Quad Core battle. The dual-SIM handset features a 5" screen with pixel dimensions of 1280x720. It is this HD display that sets it apart from other contenders in this list. It's powered by a 1.2 GHz Quad core MediaTek MT6589 chipset, and has 1 GB of RAM. Apart from that, you get an 8 megapixel camera, 4 GB internal storage, microSD card slot, and 2000 mAh battery. The A116 features Android Jelly Bean and is priced at Rs 14,000. There have been rumours that the price of the Canvas HD has jumped up to Rs 16,000 given the supposed high demand and low supply. Now, with competition heating up, we believe the price will quietly slip back to something under 15K. WickedLeak Wammy Titan 2
After making its presence felt in the tablets market, WickedLeak has also started making its mark in the smartphone segment. If you're blessed with huge hands or simply love big screens, you'll appreciate the Titan 2's 5.3" IPS display with 960x540 pixels. It features a 1.2 GHz quad-core MediaTek MT6589 processor, which is exactly what you get in the A116 Canvas HD. In photography department, it claims to sport a 12 megapixel main and 5 megapixel front-facing camera. The Titan 2 comes with Android 4.1 (Jelly Bean) with a mention of a probable upgrade to version 4.2 in the future. It is priced at Rs 14,000. We intend to review each of these handsets and provide you with a detailed analysis of their performance shortly. If you're a brand-conscious person, check out our list of similarly priced handsets from the world's leading brands.