Microsoft has already decided for us, it seems. 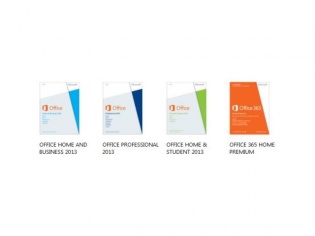 Microsoft's latest edition of its popular MS Office is available in two distinct varieties - the more traditional and locally installable 'Office 2013' (which itself has sub variants), which can be bought on a DVD, and the Web 2.0 inspired Office 365 which is available on 'software as a service' subscription model. The cloud-based Office 365 still needs to be installed as a client on the device on which it will be used, although you can also access it using your browser and an Internet connection (which also means, you can access it from any PC, from anywhere in the world, so long as the browser requirement is met) using the new 'Office On Demand' feature. Your documents are saved online, and you can download them at will, too. Office 365 is not new - it co-existed with the earlier edition of Microsoft Office, but it was only available for corporate users. Not any more, - this time, Microsoft has made sure that Office 365 is also available to the general consumer and of course, it is as usable as the new Office 2013. So, which one should you opt for?

Single home users are still better off with Office 2013 Home & Student as you only need to make a one-time payment of Rs 5500 and permanently own a single user licence. However, any additional licence on a second device once again tips the scale in favour of Office 365.

Here is a comparative summary of what comes in what Office variant. We think that Microsoft has already decided which Office variant you must buy, and it seems to be the cloud-based Office 365. Which version would you pick?

Thanks for pointing out, the correction has been made. Indeed, Office 365 includes 5 licences of the full Office 2013, although the former is valid for a limited period, while the latter is perpetually valid.
Submitted by Jayesh Limaye on Mon, 11/02/2013 - 20:38

India is atleast a decade behind in terms of cloud-ready consumer computing infrastructure - be it availability & reliability of power, internet access and customer service & the high costs associated. No wonder Microsoft and others still classify the Indian market as 'Emerging' along with a host of African and Asian countries. I personally wouldnt risk putting my data anywhere online for the sake of convenience or accessibility. The benefits of Cloud computing are exaggerated IMO.
Submitted by Vinny the Boo on Fri, 01/03/2013 - 16:48
News Corner