Home » Mobiles » A Reality TV Show On Software? Nokia Tells Us Why

A Reality TV Show On Software? Nokia Tells Us Why | TechTree.com

A Reality TV Show On Software? Nokia Tells Us Why

Gerard Rego, Director Ecosystem and Developer Experience (EDX) - Nokia India, speaks to TechTree, on how the world's first reality show based on mobile apps came about. 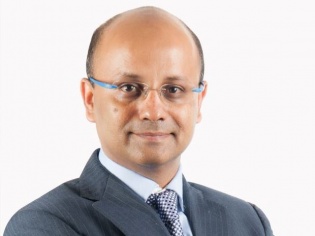 After seeing how a bunch of celebrities manage living under one roof, and after seeing quiz shows, dance shows, break-ups, and what not on 'reality TV', we are now set to have a nine-part reality show focused on mobile applications and it is slated for a February 9, 2013 take off. Nokia has been behind an app idea content (called "Your wish is my app") that ran as a precursor to the show, so we caught up with Gerald Rego who heads Nokia's Ecosystem and Developer Experience project, to know what this contest is all about.

Tell us about app idea contest
To create consumer-centric applications, Nokia launched the initiative, Nokia Lumia – "Your wish is my app". As the name suggests, the campaign gave consumers the opportunity to submit mobile application ideas that have the potential to be developed into successful apps. The best idea gets a prize of Rs 10 lakhs. The runners up will be presented with Rs 5 lakhs and Rs 2 lakhs each and three lucky winners will stand a chance to win the new amazing Nokia Lumia 920.

Was this campaign limited to Nokia Lumia smartphone owners only?
The campaign was open for any and every consumer, irrespective of which handsets they use. The winning app decided on basis of consumers and judges' votes, will be developed into a successful app for the Windows Marketplace, taking its benefits to a wider audience of consumers.

What is the reality show component of this campaign and how do you plan to take it ahead?
The Nokia Lumia – your wish is my app is going to be the world's first ever reality show on television, while giving us an insight into the type of apps that consumers would like to see developed.  As part of this campaign, the top 42 submissions with the most exciting apps suggestions, based on consumer votes on social media channel, would be called in to participate in the app reality show. The 9 episode reality TV show to be aired on NDTV will see consumers present their ideas in front of an esteemed panel of judges including Rajiv Makhni, NDTV Managing Editor & Tech Guru, Vishal Gondal, Managing Director, Disney UTV Digital, Raj Chinai, Venture Capitalist & Co-Founder, Harvard Business School Alumni Angels, Vikas Khanna, New York based Michelin Starred Celebrity Chef and Bollywood actor and youth icon, Kalki Koechlin.

Shortlisted ideas will be presented to judges for a detailed conversation with the contestants.  Judges' vote will depend on whether the idea presented focuses on parameters such as originality of the idea, relevance of the app, potential for the revenue, and the practicality of the app. It is imperative for the winning app to have catered to all the above mentioned parameters. The winning app basis consumers and judges' votes will be developed by Nokia and be made available in the Windows Marketplace. The 9 episode reality TV show will be aired on NDTV starting on the 9th of February, 2013.

What does this contest mean to the consumers?
With this contest we are taking a bottom-up approach to app development by including consumers into the innovation process. We believe that applications not only add to the device capabilities, but also give each consumer the opportunity to personalize their mobile devices to their needs and preference.  Considering that the finalists participating in the show will be chosen based on consumers' votes, and then be analysed for feasibility by our judges; we are sure the apps will be hugely successful when available on the Windows Marketplace.

Has Nokia organised such campaigns in other countries before?
India is the first country where we have launched this initiative.

Do apps sell well in India or do most users prefer free apps over paid?
Free apps clearly prevail over paid apps, this phenomenon is prevalent not only in India but globally. However, Nokia is already seeing a high uptake for paid apps based on its industry leading initiatives, converting into real opportunity for its app developers. For example, Nokia today is the only company to have partnered with 4 leading operators in the country – including Airtel, Idea Cellular, Reliance, and Vodafone – to provide its consumers with the convenience of integrated billing. These operators together account for over 70% of the GSM subscribers in India.

What are the types of apps that people have shown more interest in? I am asking about app trends.
Some of the most wanted app categories have been the following: