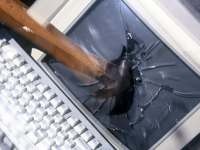 These punitive measures will be part of the proposed amendments to the Indecent Representation of Women (Prohibition) Act, 1987 (IRWA). Under existing laws, the maximum penalty on offence is a jail term not exceeding five years and a fine not in excess of one lakh rupees. Moreover, the law is restricted to offensive printed material; with the amendment in place, electronic media will be included within its scope.

Let me take a minute to explain what the law means, and the implications of this proposed amendment on consumption of "obscene data" online. Firstly, under section 2 of the IRWA:

(a) "Advertisement" includes any notice, circular, label, wrapper or other document and also includes any visible representation made by means of any light, sound, smoke or gas;

(b) "Distribution" includes distribution by way of samples whether free or otherwise;

(c) "Indecent representation of women" means the depiction in any, in manner of the figure of a woman, her form or body or any part thereof in such a way as to have effect of being indecent, or derogatory to or denigrating, women, or is likely to deprave, corrupt or injure the public morality or morals;

Getting into a little more detail, sections 3 and 4 of the existing act state:

"S3: No person shall publish, or cause to be published, or arrange or take part in the publication or exhibition of, any advertisements which contains indecent representation of women in any form."

"S4: No person shall produce or cause to be produced, sell, let to hire, distribute, circulate or send by post any book, pamphlet, paper, slide, film, writing, drawing, painting, photograph, representation or figure which contains indecent representation of women in any form."

There are religious, scientific, cinematic (as explained in the Cinematograph Act, 1952), and academic exceptions to this rule, as you can figure out in the original legislation linked with this article.

The definitions of the act imply that being in possession of obscene material can warrant cause of action against an individual. The loophole is, one could say that there was no intention of sharing the material. This will not be an easy thing to prove, especially in the case of electronic media. Moreover, another respite to would-be criminals under this law is that any place of dwelling cannot be searched without a warrant — which should give ample time to "dispose off your assets".

The current provisions of the act, though, only deal will distribution of material, so it doesn't affect individual users who view objectionable content for "personal use". If they try "doing something", sections 375 (Rape), 376 (Punishment for rape), and 377 (Unnatural offences) under the Indian Penal Code, 1886 (IPC) will come into force.

Although the country approved of the Information Technology Act way back in 2000, a 12-year wait for such a crucial amendment is laughably sad. Even so, the wait hasn't ended — let us hope that the legislation becomes a codified law soon, unlike what we saw for the Women's Reservation bill and the Jan Lokpal bill.

An official press release from the PMO stated: "The union cabinet today (Thursday) approved the introduction of amendments to the Indecent Representation of Women (Prohibition) Act, 1986 in parliament. This would aid in addressing the problem of increased objectification of women thereby ensuring dignity of women".

This is the first logical piece of women's protection law I have seen in a long time. With the hope that the law does get passed, the next step the government should take — I believe — is to reform Draconian laws that are enforced in panchayats, which are sexist, to say the least.

Hi xyz, Like the post suggests, this is a "proposed" change to be incorporated in the law, which makes the app legal, for now. However, the Government can, and in fact has banned the website officially, which was pulled down by the authors subsequently.. It will be illegal, only when (and IF) it comes into force, and like they say in Hindi, "Jo pakda gaya woh chor" (he who is caught is the culprit!)
Submitted by Kamakshi S on Mon, 15/10/2012 - 15:14

Yes, this law should be implemented. We need a new breed of politicians and a redefined governance model to take on these issues. Dafuq are panchayats to say what is right or wrong when my Constitution guarantees my rights?? Hearing/reading some of the politicians' comments about the recent rapes makes me bitter and angry about what democracy has achieved for us and our fellow citizens. Those politicians are as good as the Mullahs of the Taliban.
Submitted by Vinny the Boo on Thu, 18/10/2012 - 02:56
News Corner