Coz Woz sez so. 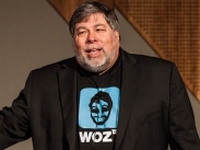 Steve Wozniak looks like the kind of chap who wouldn't hurt a fly. A couple of days ago, however, he hurt thousands of Apple fans by implying that Samsung should have won the billion-dollar suit. Bloomberg.com reported Wozniak's reaction to the case: the hardware genius and Apple co-founder apparently "hates" the ongoing dispute. Worse, he didn't agree with the verdict, which centred around (gasp!) "very small things I don't really call that innovative".

We call that honest — and it's what you'd expect from Wozniak if you tracked the things he says. But it's also like your grandfather telling your guests dirty jokes at dinner. Upset, the folks at MacDailyNews.com dismissed Woz as a fuddy-duddy who lives in a "utopian fantasyland", compounded by him having "banged his head really hard in a plane crash". While the nasty comments are typical of what you'd expect from a fanboy site, they're only half-serious with their criticism.

Apart from politely trashing the iPhone's "innovativeness", Mr Wozniak also wishes that "everybody would just agree to exchange all the patents" — and then come up with the best products they can from a common pool. That suggestion is perhaps out of sync with the times; it definitely is out of sync with 2012. A similar moment two years ago saw Woz uncomfortably candid about Android and iOS — in favour of the latter, though. Considering that he had his babas, Buddhism, and acid phase, Steve Jobs might have said the same thing if he were alive — and if he didn't have a CEO's agenda.

Is Steve Wozniak getting senile? Leave your comments below.

It's the world of crass consumerism, crass commercialism, crony capitalism, dog-eat-dog competition, an insatiable need for immediate gratification and fake values (also known as Kali-yuga :P)
Submitted by Vinny the Boo on Mon, 17/09/2012 - 22:14

I wanna built a large fighting arena and but all the fan boys of all the companies together and watch them tear people apart. Finally and IF there is a winner, I want to give them a gift from the company they hate the most. for example, If the apple fanboys win, they (the surviving ones atleast) would all receive a google nexus phone. If Nokia fanboys win, they would receive an iphone 5 and so on and so forth. TT, wondering if you could sponsor such a Nobel endeavour? Kamakshi (sorry if i mispelled it) can film the event since she has a camera glued to her face. What say guys? Please make it happen?
Submitted by MutedCleric on Wed, 10/10/2012 - 09:59
News Corner