Home » Features » TechTree Blog: After Apple, It's Bloggers Versus Samsung

Did Samsung try to get independent bloggers to shill for them at IFA 2012? 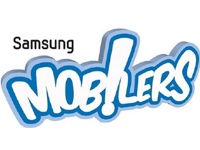 Dark clouds have been looming over Samsung for a while now, and its PR machinery has just made it worse. Two Indian bloggers were invited to Samsung's event at the IFA, as part of the Samsung Mob!lers program. Even though they had reportedly made it clear that they would attend the event as independent journalists, they were asked to report for an outfit (uniform) fitting and promotional duties at Samsung's booth. When they refused to be downgraded to company promoters, they were threatened with a cancellation of their return tickets. You can read about the sordid saga here.

For those who aren't familiar with the Mob!lers program, it's Samsung's way of letting tech independent bloggers and enthusiasts get their hands on the latest gadgets — in the hope of generating fanboy-style reports and raves. Participants are either reporters or promoters, not both; here are some details about how the program is drafted.

Looking at the conditions imposed — such as having to wear branded T-shirts throughout the event — Clinton Jeff and his friend realised something wrong was going on. A blogger who agrees to wear the Samsung logo is deduced to be a fanboy. When the two decided to take a stand and not agree to be promoters, their return tickets and hotel accommodation were cancelled, leaving them stranded in Germany. Once the story broke though, the company duly apologized. In fact, a lot of people worldwide did read the story. They blogged, liked, shared, and tweeted about it. Samsung's reputation took a nosedive at an unfortunate point, with this happening at about the same time as the multiple Apple lawsuits.

But this isn't the first time Samsung has experienced such a foot-in-the-mouth moment. A French blogger had been asked to work as a mouthpiece for Samsung at the London 2012 Olympics. Despite having described the incident as a "30 years child in a labour camp with useless activities", she later downplayed the entire episode. I guess it's hard to convince fans that their favourite brand can do something wrong!

Maybe what Samsung did isn't so different from the norm in the area of product promotion (or maybe it is; I wouldn't know). But considering the timing, it's tempting to say the company is going through a phase of bad PR. In fact, the timing (Apple's accusations, and the launch of the GALAXY Note II) is so bad that some people have gone the way of conspiracy theories: were the bloggers paid to create negative publicity, were they Apple agents creating a misunderstanding, and so on. Regardless of the reason, you can be sure that the Korean manufacturer will be extra careful in future while recruiting "promoters".

Rakesh, according to Brad McCarty (managing editor of The Next Web, linked above), Samsung issued an apology and a clarification, and explained their stance on bloggers / Mob!lers (Mob!lers are free to do their own activities/writing, and nothing is "forced upon them.") The screenshot of the mail is at cdn.thenextweb.com/wp-content/blogs.dir/1/files/2012/09/Screen-Shot-2012-09-03-at-13.35.321.png .
Submitted by RMR on Wed, 05/09/2012 - 22:53
News Corner