4 Apps For A Soothing Sunday | TechTree.com

4 Apps For A Soothing Sunday

Make the weekend more fun with these handy tools. 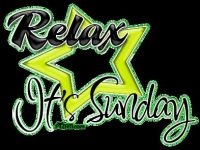 There is something truly relaxing about Sundays. Even the mention of the word can calm many a frazzled nerve. So kick back with a glass of cold coffee and relax, as we list a few apps to get the most out of your weekend. Bored to death on your typical lazy Sunday afternoon? Stuck with an Android that has a very poor camera? This app can come to your rescue in both situations. Designed keeping low-end cameras in mind, FxCamera claims to work faster and better than the default Android camera app. What's more, it comes loaded with some really neat filters such as ToyCam (add toy camera effect), Fisheye (add fisheye lens effect), Poster (add a comic-book effect), and more. This gives you the opportunity to turn an image into something fun, then share it with your friends through the app's in-built Facebook and Twitter tools. My only gripe is that the app could have incorporated a few more editing tools to play around with. Then again, it's free to use, so best not to look a gift horse in the mouth. One of the highlights of a good weekend, without a doubt, is good food. If you would like to preserve the memories of a good meal, try Evernote Food. Much like its older cousin Evernote, this app provides a table to chart your own weekend food trail by organizing the pictures you took of the meal, fellow diners, and so on. Of course, you can share these experiences through the app's social network integration. Plus, its affiliation with foursquare.com only means that you can cherish memories of both the meal and the venue where it was served. Click on the platform name above for the respective app download page. This one has been around for a while now, but it works perfectly for getting your gang together for a weekend outing. A GPS-based app, HeyWAY (short for Hey, Where Are You?) helps you keep a tab on your friends, family, and co-workers' locations. Those conscious of their privacy can rest easy, because you have to individually authorize who can access your location. Moreover, the app will never send out your location info without your explicit consent — that is, if someone requests your location, you have to manually approve their request before your co-ordinates will be sent. The free version displays ads within the app, but it is unclear whether they are selected according to your location information.

If it's a Sunday, it's time to play. In this arcade combat game, you must guide your one-pig-air-force (yes, pigs can indeed fly) to victory against flocks of invading woodpeckers. On the face of it, this game might sound like a me-too clone of Angry Birds, but the similarity ends at the concept of a war between birds and pigs. The gameplay is simple — draw a flight path on the screen, which the pig will follow while shooting down anything it sees. The action is frantic, with tricks and twists, cute graphics, good controls, and awesome sound. The attacking woodpeckers also have a few surprises up their collective beaks. Watch out for the power-ups!