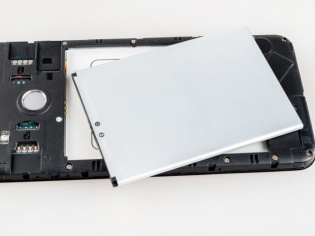 Once upon a time smartphones had memory card slots, headphone jacks and removable batteries that could easily be swapped in and out of smartphones. But that changed when Apple launched the iPhone in 2007. The first iPhone was the first mobile phone to get a capacitive touchscreen display that combined a media player, an actual phone and a web browser on a single touchscreen display. And most importantly, it was also the first smartphone to come without a removable battery.

Removable batteries make it easier to get more power in less time. But the critical limitation is that they are big and bulky, which makes it impossible to have phones with a polished glass or metal body.

When it comes to charging, battery tech has advanced by leaps and bounds in the past few years and thanks to fast charging, smartphones can charge within minutes instead of hours.

Smartphones today are judged on IP (International Protection) rating (the rating of a phone’s ability to withstand dust and liquid intrusion).

The usage of non-removable batteries allows smartphone makers to completely seal off the back panel, and this is makes the phone more water resistant.

Non-removable batteries are not only physically smaller than their counterpart but they can also be in any shape, which allows smartphone makers to use space as efficiently as possible. But removable batteries must be big rectangles or squares, so more space ends up getting wasted.

There you have it, all the reasons why non-removable batteries are superior to removable batteries. The only benefit to a removable battery is that you can continue using an old phone for a long time because you can easily swap out your old battery for a new one. And you don’t even need to go to your official smartphone maker for a new battery, any third-party vendor will do. Of course smartphone companies wouldn’t want this, they’d sell less phones!