Here are the worst phones of 2021 which you should avoid, while buying our recommended alternatives instead. 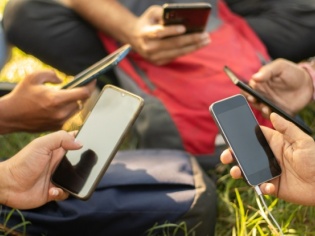 This is because a discussion on the worst phones may be more subjective than objective. However, to keep it neutral, we shall label a smartphone as ‘one of the worst’ when it is overpriced and falls short when compared to the competition. Another criterion includes assimilation of the reviews various smartphones have received since their release.

Not only will this list help you steer clear of these phones, but it will also help you look out for similar shortcomings in your other mobile phone choices.

Therefore, without further ado, here are the top 11 worst mobile phones of 2021.

The most commonly asked doubt we get when this smartphone tops the list is why. Why are smartphones with such good flagships included in the worst mobile phones of the year? The answer is simple. Compared to the One Plus 8T from 2020, this phone has not received much of an upgrade and shares nearly the same features. This model does not have much running beside a new processor and slight improvement in its camera functions. Moreover, the company removed the metal frame from the body, got rid of the OIS, and increased the price to nearly Rs. 50,000, which seems a bit of a rip-off compared to other phones for the same price.

According to user reviews, the phone is not a popular choice among buyers, owing to several factors. There is a lack of primary camera stabilisation and telephoto camera. There is no IP water resistance rating or expandable storage. The colour options are minimal, and the wireless charging maxes out at 15 W. The nightscape portrait photos also require tremendous improvement. The plastic frame is also quite unattractive for its price range.

One such smartphone which offers a much better value for money is the IQOO 7, with a Snapdragon 888 and excellent camera quality. Unfortunately, One Plus decided to experiment a little with their

One Plus 9 Series, but this backfired due to the lackluster reviews from various users.

Oppo is another well-known mobile phone company that has gained popularity in recent years, thanks to its incredible camera functions and picture quality. At a single glance, this phone seems like a typical Oppo phone and may even seem like a catch, but when you compare it to the Oppo F17 Pro, which the company launched into the market last year, it is practically the same. There are minor changes in the design from its display to the cameras and even the battery. However, the price goes up for Oppo F19 Pro by nearly Rs. 2000 to Rs. 3000.

If you are contemplating purchasing Oppo F19 Pro, it would be financially wiser for you to opt for the Oppo F17 Pro.

Moreover, user reviews suggest that the performance of this smartphone is just average, and it lacks a high refresh rate. There are no stereo speakers, and the existing ones have questionable quality, with low sound output. The video recording is quite unstable, and it has an outdated USB 2.0 port. The ultra-wide-angle lens and gorilla glass protection are also missing. Its bloatware issue is also proving to be quite a challenge for the company.

Samsung launched this phone in March 2021. Looking at its features individually, you may say that the phone is quite good. The phone is not exactly the worst with its IP67 rating, 90 Hz display, and many others. However, it is overpriced. You can find several other reasonably priced smartphones with much more advanced features.

Another drawback of the phone is that all its features are already present in Galaxy A52, with no additional upgrades. Therefore, it would be smarter to opt for A52, priced around Rs. 24000 to Rs. 25000, and is nearly Rs. 8000 cheaper than A72.

User reviews also point out that its fingerprint sensor is consistent but sluggish compared to its competitors and modern standards. The HDR video is also absent in its display. The same price range can also get you a much faster chipset than the Snapdragon 720G. The video stabilisation is relatively primitive in 4K, and there is a lack of colour consistency across the three main cameras. It does not have wireless charging support and uses an outdated Type C 2.0 charging port. Gorilla glass protection is absent, and it uses a shared SIM slot for an SD card.

This phone was also released into the market in March 2021. Unfortunately, while it has some excellent features such as an SDM870, 120 Hz AMOLED display, 33 W fast charging, and a beautiful camera, its vibration motor and speakers are not up to the mark. Moreover, there is only one speaker. In addition, there is a lack of wireless charging, and the battery life is not very impressive.

The phone also comes with an outdated Bluetooth 5.1 version and no 3.5 mm headphone jack support. It also does not support Wifi 6, thereby robbing users of faster internet connectivity. In addition, there is no water or dust resistance and no slot for a microSD card for expandable storage.

But the main reason this phone has ended up in this list of the worst smartphones is the IQOO 7 model. This model has nearly identical features as Vivo X60 but comes with a 66 W charger and better speakers and vibration motor, making it a step above the Vivo model.

Therefore, if you are planning to splurge on a smartphone within Rs. 38000, you would do well with the IQOO 7 model.

When Realme first launched its '6' series, it created quite a stir in the market with its 90 Hz display, fast charging, improved cameras, and many more attractive features. Their successors, the 7 series, also lived up to their name and managed to hold their impact in the market.

However, the 8 series has been quite disappointing for its long-term fans. It has not received much of an upgrade in its features from the 7 series. Moreover, the charger is much faster for 7 Pro than 8 Pro. While this phone is not exactly the worst buy thanks to its low prices, it falls short before the Redmi Note 10 Pro, which was released around the same time, and with many superior features.

There is only a 60 Hz screen and no ingress protection whatsoever. The phone also lacks a high refresh rate display. It comes with an aging chip and a slow primary camera, especially night photos. There are also no stereo speakers, and it has a poor low-light photo quality. There are quite a few better smartphones in the same price range as Realme 8 Pro.

This phone has excellent specifications. The Redmi Note 10S is powered by the MediaTek Helio G95 SoC, which is not very bad but not the best as it does not support 5G. In addition, it runs on Android 11 with MIUI 12.5 on top, resulting in bloatware issues like pre-installed apps and several ads.

It also has a 33 W fast charger, Super AMOLED display, 64MP camera, and much more. However, the camera requires several bug fixes that are yet to roll out in an update for the smartphone.

However, the best part is that all these features are available for under just Rs. 15000, which is quite a reasonable price! And if buyers are willing to pay just Rs. 1000 more, they can get much better camera quality, processor, and more with Redmi Note 10 Pro.

Oppo launched this phone, targeting the offline market in India. While this phone is highly affordable at just Rs. 13500, its specifications are perhaps the worst any Oppo phone has ever seen. With Helio G35, a simple LCD screen, 18 W charging, 5000 mAh battery, and a very mediocre 13MP+2MP+2MP camera setup, this phone has absolutely nothing going for it. It also runs on Android 10, which is quite an outdated version. It is heavily priced but has quite a lacking performance.

It has a single RAM and storage options, with no 4K video recording. There is a lack of NFC or gorilla glass protection. Moreover, it uses an ancient USB Type C 2.0 charging port and has no wireless charging options.

One can get much better smartphones in the same price range and more upgraded features. So this release by Oppo seems quite useless.

Until 2021, Nokia had been quite a disappointment in its phone launches. While Nokia 5.4 is priced at only Rs. 14000 in India, its features are the worst.

With a simple LCD panel, a 4000 mAh battery, a 10 W charger, SDM 662, and a 48 MP primary camera, you will be better off with other smartphones at even lower prices. Only an absolute newcomer in the smartphone world would opt for this phone if even that.

User reviews have clearly stated that it has an underwhelming performance with a low-resolution screen, slow fingerprint sensor, and wifi connectivity. The version is quite a letdown compared to that of Nokia 5.3. Something as basic as 720p resolution is also missing, and it has very few

customisations available for its users.

Samsung does not fare well in its list of low-budget phones. And out of all those smartphones, Galaxy A12 is perhaps the worst. With specifications like Helio P35, 48 MP primary camera, 8 MP selfie camera, a 5000 mAh battery, and a 15 W charger, most buyers would not be willing to pay more than Rs. 10000.

The TFT HD panel is unsatisfactory, and its price to performance ratio is relatively low. There is a lack of gorilla glass protection, and the smartphone is unlikely to support heavy gaming. It does not have reverse or wireless charging and only mediocre camera performance. There is also no water or dust resistance for this mobile phone.

However, the phone is priced at Rs. 14000, making it grossly overpriced for its average and even below average features. This feature falls right into our category of overpriced and hence, the worst smartphones of 2021.

The phone is priced at Rs. 13500 in India. However, with specifications such as Helio G35, 48 MP primary camera, 8 MP selfie camera, and a 5000 mAh battery, this phone should not be priced a single penny above Rs. 9000. Not only is it grossly overpriced, but also quite average in its performance.

The phone does not have glass protection. It does not use the latest Android OS and only has a 720p resolution. As a result, its loading speed is plodding, and the performance tends to lag quite frequently. It does not have Gyro-EIS for video stabilisation while recording, nor does it support fast charging.

This smartphone is quite a disappointment, with its absent 3.5 mm headphone jack. Despite being a flagship phone, it does not accommodate the basic headphone jack commonly found in most smartphones priced under Rs. 20000. There is a lack of something as basic as an SD card slot and a hybrid sim card slot!

The battery capacity at 4300 mAh is below average, but this gets slightly balanced out with its 50 W charging. However, a significant drawback for this smartphone is the lack of wireless charging. The camera design is much below expectations, making this one of the least favourite models among Realme enthusiasts. The company could improve the GPU performance, and its night mode requires heavy fine-tuning. User reviews suggest that its screen brightness could also have been brighter.

These are the top 11 worst smartphones of 2021 that buyers must be careful not to invest in. However, not all hope is lost, as 2021 has seen the launch of several beautifully designed smartphones with the latest features and the most reasonable prices. A little research can go a long way in making your investment a successful one.