How Space Tech drives the conservation effort in Africa | TechTree.com

How Space Tech drives the conservation effort in Africa 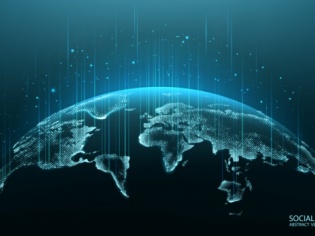 Before 2014 at the Balule Nature Reserve in South Africa, rangers were stuck using decades-old maps to track down poachers. They would patrol the entire 155-square-mile reserve with barely anything to show for their efforts.

After 2014 everything changed. The Balule Nature Reserve recruited a consultant who brought satellite imagery of the park. This imagery outlined game trails, watering holes, and other key spots.

Because of advanced space technology, the rangers finally had an overhead view of the park they patrolled every single day.

The rangers started sticking colored pins onto the overhead map. They marked spots where they found a dead rhino, elephant, or lion. Clusters of pins were placed near a couple of roads right outside the park fence. The cluster was within about 500 feet from the park fence.

It became clear that during the day the poachers were driving on the road outside the park’s fence, while looking inside the park to spot animals. Then they’d wait until nightfall, hop over the fence at the exact area where they spotted the animals earlier, and then kill the animals.

And that’s why the rangers started patrolling the road outside the fence. When the rangers spotted animals about 500 feet from the park fence, they would encourage the animals to go back inside the park.

The poaching stopped almost overnight. The satellite imagery reduced the amount of ground they needed to patrol. And this is just one of many ways that satellites are used to support conservation efforts in Africa.

Space technology can also identify grassland degradation, deforestation, and it can also help with wildfire management, which protects wildlife and surrounding communities that depend on said wildlife for tourism revenue.

A select number of elephants in Kenya are collared with GPS tracking devices that issue alerts when elephants approach communities and destroy property or hurt people. When situations like these arise, rangers immediately go to the area to prevent communities from harming or killing elephants in retaliation.

The World Wildlife Fund also works with communities to put up study fences around crops, grow plants that elephants do not like to eat, and set up beehives. Elephants are terrified of bees, so you won’t find any elephants near beekeeping operations.

WWF also works with communities in areas that are visited frequently by elephants to put up fences around their crops, grow plants the animals do not like to eat, and set up beekeeping operations, helping to keep the elephants away.

The collaring process is an extensive and expensive procedure. First you sedate the animal from a helicopter, you also need the assistance of a veterinarian, and one collar can cost up to $10,000 and only lasts three years, and during this period the costs of monitoring can run up to $30,000.

WWF has also partnered with Wageningen University in the Netherlands and the Kenya Wildlife Service on a project to collar antelopes to better understand how they react when poachers are nearby. Antelopes could act as a harbinger, alerting rangers to the presence of poachers, so that not all endangered species have to be collared, which would save a lot of money.