Human beings are the weak link when it comes to space travel | TechTree.com

We are yet to find a way to protect the human body from the rigors of deep space travel. 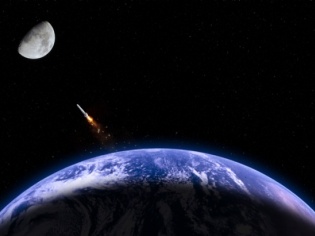 A human colony on Mars is both an aspiration and a pipe dream. The limiting factor of this aspiration is the frailty of a human body. Even if you survive the perilous journey in space, there are plenty of dangers waiting for you on planetary surfaces like Mars.

The National Centre of Space Studies recently organized a talk on space travel and concluded that any attempt to reach celestial bodies will be challenged by the task of keeping astronauts safe during long space missions.

Assuming we reach another planet or build a spacecraft equipped for space travel that could last years, we will require the following: protection from solar radiation, safe habitations, and reliable systems of agriculture and food storage. And let’s not forget about a sanitary system for the disposal of food and human waste.

It’s not about the technicality of space tech. Figuring out propulsion systems isn’t as hard as figuring out how to sustain human astronauts on missions that could take months, years to complete.

“The space sector has gone through tremendous changes these last years. Look at reusable technologies, look at sustainable technologies, solutions with artificial intelligence. In fact, the novels we were reading in the 20th century about science fiction are just becoming reality and we, as experts in the field, we are feeling it, living it every day.”

Perhaps one day in the future living on the moon will be reality. Mars isn’t impossible either, but it presents a whole new set of challenges.

“We are at the cusp of a major leap in human space flight to other celestial bodies but whatever we learned from the fantastic Apollo program and all the work the Russians have done cannot be used for us to live on Mars.” Weiss said. “We need to now understand the physical limits of sending humans out there, which raises questions such as: How will they rehab from the prolonged flight duration and how will they fare from a physiological point of view and from a psychological point of view?” he said.

Let’s take a look at some of the physiological obstacles of space travel. We know that if a human has been in space for 4-6 hours, they experience changes in the cardiovascular system involving the heart and blood acid. That much is confirmed by Wing Commander Dr Stuti Mishra, a Flight Surgeon and Instructor at the Institute of Aerospace Medicine (IAM) in Bengaluru where the Gaganyaan astronauts are being trained.

After being in space for 4-6 hours, something similar to osteoporosis occurs in the human body. When the human body is in space, a lot of muscle wasting occurs, especially in the lower limbs.

"Demineralisation in the bones is one issue. The other is radiation because it has a long-term effect on cells.” Dr Mishra said.

The issue of human sustenance must be resolved for India to achieve its long-term space aspirations, which include setting up a space station in low-earth orbit, and going to the Moon as well.

“Gaganyaan is just the foundation of a sustained manned space program and it will act as a stepping stone,” said V R Lalithambika, Director of ISRO’s Human Spaceflight Programme. “Beyond this programme, we are thinking of having a permanent presence in low-Earth orbit, and we need to develop a lot of enabling technologies for that, which we do not have at the moment — on the engineering side, docking technologies, on the human side, bio-asthmatics is one area where we do not have any expertise.”

Although data regarding how space travel impacts the human body does exist, if you go back about 60 years to the early US and Russian-manned missions, ISRO has stated that it would be better to collect its own data through space expeditions in order to collect findings on how solar radiation affects Indians in particular, given that Indians have a different genetic composition than Russians and Americans.

Dr Audrey Berthier, Executive Director of Medes (the French Institute for Space Medicine and Physiology at Toulouse), has said that it will take time to establish how solar radiation affects individuals, because the affects vary from person to person.

“Isolation affects your mind, and it starts to disorient you a bit in terms of time and space. Little things happen which have a big psychological impact.” – Dr. Audrey Berthier

Current behavioural data from the International Space Station is of little help as astronauts in low-earth orbit can see the Earth from the window, which is a source of comfort. ISS astronauts can also return to Earth in case of a medical emergency, whereas deep-space travellers do not have that luxury.

And even if deep-space travelers survive the journey, there are a lot more threats waiting for them on the surface of any celestial body.

“There's no weathering force on the moon, if you pick up dust, it's fine and sharp like glass. It gets into everything. It gets into the creases of your spacesuit, it gets into the mechanical parts of your buggy, if you breathe it and sort of bring it into your habitat it goes into lungs, and it smells like burnt gunpowder.” – Dr. Audrey Berthier

Experts feel that solutions to these problems will be found, and the results will help advance science and technology on Earth as well.

“If the Earth was the size of a tennis ball, the farthest astronauts have gone is two meters away from the tennis ball to the moon which would be the size of a marble. Now we are aiming for Mars, which is a golf-ball-sized object three football fields away from our tennis ball. What has to be achieved is tremendous.” – Thierry Berthelot, General Consul of France in Bengaluru