Most Innovative Tech of 2021 | TechTree.com

Most Innovative Tech of 2021

This year began with a question mark because of the microchip shortage, but plenty of great tech hit the stores. 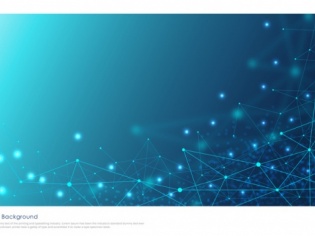 2021 began with an all-remote Consumer Electronics Show, an event that displayed scaled-back product lines with hazy shipping dates. But even with the uncertainty, 2021 ended up being a great year for gadgets.

Apple and Google revamped their hardware; Samsung released a folding device that wasn’t a piece of junk; and Microsoft refined its Surface Pen with the tiniest change that positively impacted the whole experience. And there were a few surprises along the way, like a hipster ape illustration worth over $100,000 USD.

In 2019 Apple announced its intent to break up with Intel. Intel had providing the CPUs for Macs since 2006.

At the end of 2020, Apple announced the M1 – a system-on-a-chip, meaning that one single microchip contains the CPU, system memory, graphics processor, machine learning hardware, and pretty much everything a computer needs to function.

As you can see, Apple is now in charge of the hardware and software of its entire product, meaning that their products can run more smoothly by eliminating any layers of inefficiency.

The M1 was launched with the MacBook Air and the MacBook Pro, and these laptops sell for less while outperforming the more expensive MacBook laptops that don’t contain the M1 chip.

2. A1 Mirrorless Camera by Sony

Despite all the photographic firepower, the A1 is actually smaller than old flagship DSLRs.

High-end digital cameras typically make shooters choose between super-fast shooting or high-resolution. But not the A1.

The A1 is designed with an image sensor that has its own onboard memory and is powered by is arguably the most powerful image processor on the market today.

The result? The A1 can capture 30 full-resolution 50.1-megapixel raw files per second, while performing 120 autofocus and auto exposure calculations in that same timeframe.

And for even more fun, you can switch off the mechanical shutter and shoot in pin-drop silence, if that’s what you prefer.

Popular NFTs can sell for hundreds of thousands of dollars on popular marketplaces like OpenSea.io.

In March this year, Christie’s auction house sold work bya digital artist Beeple for $69. It wasn’t a painting or a sculpture, but rather a collection of NFTs (non-fungible tokens).

These tokens exist on the blockchain, which is basically an online ledger that the public can view. This online ledger keeps track of transactions involving digital assets.

Think of them NFTs like virtual goodies you can purchase in a video game like GTA Online. But owning an NFT is not a ‘video game asset. It’s a real-life asset that can be worth hundreds, thousands, even millions of dollars.

AirTags are the ultimate finders of things that are prone to getting lost.

An AirTag is a tiny circular tracking discs you can put inside your belongings, like a wallet or a bag, and then you can monitor your belongings’ current whereabouts in the Find My app for iOS.

‘Lose your knack for losing things.’ Is how Apple describes them on their website, and we very much agree with that.

These candy-sized gadgets are powered by microscopic button batteries. They employ a low-power Bluetooth connection that pings off Apple devices on Apple’s Find My network.

Your Apple device’s Bluetooth has to be on for AirTags to work and it can only work within a certain range.

No longer will you have to go on frustrating hunt for something you’ve misplaced because AirTags will lead you to it right away.

Samsung made this device out of Armor Aluminum, which is the strongest and toughest aluminum Samsung has used so far.

When the phone is unfolded and you are using it, It certainly feels like a typical high-end smartphone.

When folded, the phone is over half an inch thick and about 3.4 inches on the longest edge.

When folded it’s small enough to fit in almost any pocket. Unfolded, it boasts a 6.7-inch AMOLED display that is on par with other chunky flagship handhelds.

The usability upgrades have also made a huge leap forward when you consider the fact that the screen is far less likely to split than previous versions, largely thanks to a protective polymer film that is securely tucked into the bezels at the edges.s

6. A smartphone chip built for AI

To support its new flagships, the Pixel 6 and Pixel 6 Pro, Google built its own system-on-a-chip to handle ambitious tasks like image processing and real-time translation and transcription—without having to rely on the cloud.

For example, the Pixel 6 can employ high-dynamic range capture to every single frame in a video, so movies sport vibrant colors without any blown-out highlights.

If you can see the inside of most laptops, it’s because something has probably gone wrong.

Not with a Framework laptop though. Framework wants you to poke around it’s clearly labelled insides and swap out parts if they break or become obsolete.

Framework wants you to swap in components to improve the laptop’s performance - like a keyboard, screens, mainboard, battery, fans, speakers, ports, basically anything and everything.

Other laptop manufacturers play a miserable game of ‘Tetris’ when they try to cram various PC components into increasingly slim machines.

This involves gluing components in place, which makes it a nightmare to upgrade or fix.

The only downside of a Framework laptop is its pathetic battery life, otherwise it would be the best laptop on the market.