Home » Features » What villains can we expect in future Spider-Man movies?

What villains can we expect in future Spider-Man movies? | TechTree.com

What villains can we expect in future Spider-Man movies?

Producer Amy Pascal has confirmed that Spider-Man: No Way Home is not the last collaborative Spider-Man movie between Disney and Sony. 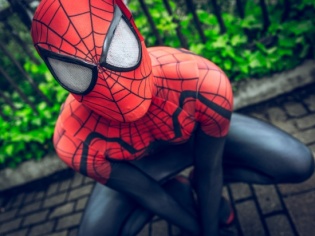 Three more MCU films! Imagine all the villains that are yet to face off against Spider-Man. Kraven, Morbius, Kingpin, oh the list goes on and on.

Kraven is typically portrayed as a big-game hunter that wants to capture Spider-Man to prove that he is the world’s greatest hunter. But Spider-Man enjoys proving Kraven wrong over and over again.

Morbius is a flying vampire who keeps sucking the blood of innocent people. Spider-Man obviously cannot allow a human predator to run wild, or rather fly wild.

Then we have Kingpin – a powerful crime lord with a powerlifter and sumo wrestler-like physique, who we all saw in the Netflix show Daredevil. Kingpin’s web of organized crime stretches to every imaginable corner, making him one of Spider-Man’s toughest adversaries.

Here’s hoping we see these three and many more villains in future Spider-Man films.

Meanwhile we have No Way Home to look forward to.

Here’s what Amy Pascal had to say when asked about where No Way Home ranks in comparison to other Spider-Man films.

“Oh. Oh, the movie is... so ambitious and the movie has everything that people have come to expect from a Spider-Man movie. All the spectacle, all the heart, but at the same time, as expansive as it is, it's always a very intimate story that is about Peter Parker… and his heart.”

A story about Peter Parker’s heart? Sounds like it’s going to be a heartbreaking story. Spider-Man usually succeeds in saving the day, but his personal life often takes a beating in the process.