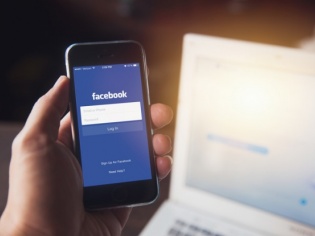 The recent comparison of big tech companies like Facebook with the Big Tobacco is fueling a whole new level of outrage against the social media giant.

Facebook executives have long taken pride in the fact that their platforms are safe, even though they invested in ways to keep teenagers engaged, keeping mum about the side effects. But the social media giant isn’t satisfied with just targeting adults and teenagers, they want to grab children under the age of 13 as well.

Facebook is building a version of Instagram that will just be for kids under 13, and this version will apparently grant parents control and transparency over their kids’ social media habits. Instagram for kids will be advertising-free, to prevent corporations from manipulating children, because Instagram certainly wouldn’t want any competition from those corporations.

Facebook has also been criticized for hiding its internal research on how social media harms teens – harmful effects include anxiety and depression. An insight from their memo: “We make body-image issues worse for one in three teenage girls.” The Wall Street Journal’s investigation uncovered these insights, proving that Facebook is prioritizing profit over harm.

Instagram has defended itself in a blog post, stating  that the issue is far more complex and that it is unfair to cast a negative light on a limited set of findings. A quote from their defense reads:

“Social media isn’t inherently good or bad for people. Many find it helpful one day, and problematic the next. What seems to matter most is how people use social media, and their state of mind when they use it.”

This week, 44 state attorneys general from the United States banded together to demand that Facebook not launch Instagram for kids. So far, all their demand consists of is a strongly worded letter. They’ve said that “Facebook is not responding to a need, but is instead creating one.” An unhealthy one. Similar to how fast-food companies target kids with the intention of getting them hooked for life.

“The reality is that kids are online. They want to connect with their family and friends, have fun, and learn, and we want to help them do that in a way that is safe and age-appropriate.” said Facebook Spokesperson Stephanie Otway

Studies around the world, including India, have proven that underage kids lie about their age and use social media every day. In India nearly 40% of 10-year-olds are on Facebook and 25% are on Instagram. In a survey of 3400 schoolkids between the ages of 10-17, nearly 43% admitted to having a social media account. Only one-third of Indian children own their own smartphones to use social media. The remaining two-thirds use their parents’ smartphones to access social media. The NCPCR (National Commission for Protection of Child Rights) commissioned this study and is based in India. These stats seem a bit low – They are likely much higher since there are bound to be many kids that lied about using social media.

Will social media platforms be forced to put warnings on their product one day? In the case of Facebook and Instagram, perhaps the warning message could be displayed every time you open either app, and you must check a box indicating that you accept the risks associated with using social media. And only after you check the box will you be allowed to use the app.

The warning message could be something simple like, ‘Injurious to self-esteem’ or ‘Likely to cause mental health issues’. Or something frighteningly accurate like, ‘We’re selling your personal data to the highest bidder!’

Overall social media has been beneficial. It’s given ordinary people the ability to express themselves. Those in traditional media are not the only ones with a mic and stage. Today we can all get on stage, speak into a mic, and be heard by a wider audience. Even though social media is a net benefit, we must ensure that social media giants do not abuse their power. We must ensure that they are held responsible for their actions.