Coinciding with the upcoming theatrical release of Star Wars: The Rise of Skywalker, Bose is working with Disney and Lucasfilm to bring fans closer to the saga than ever before.  With Bose AR-enabled products, Star Wars app users can unlock an immersive, 360-degree audio journey into the Star Wars universe.

From within the Star Wars app, users select the Bose AR button and pair their Bose AR-enabled product.  They will then have access to a timeline of four memorable scenes from different Star Wars episodes, such as Luke Skywalker’s lightsaber training work in the original 1977 release, A New Hope, to the showdown between Rey and Kylo Ren in 2015’s The Force Awakens.

Once a scene is selected, users are placed in the middle of the action.  Bose collaborated with sound designers and software developers to deliver 360-degree audio for each scene.  This, combined with sensors embedded in Bose AR-enabled products that detect a user’s body orientation and movement, delivers an up-close experience as if they were right there with the characters.  Users can move around within the scene and explore the space — listening to dialogue from different character perspectives, the sounds of a lightsaber battle, and various other effects.

In addition, special behind-the-scenes content is available in the app, allowing fans to learn more about each scene and hear from the cast and crew about the making of each film. 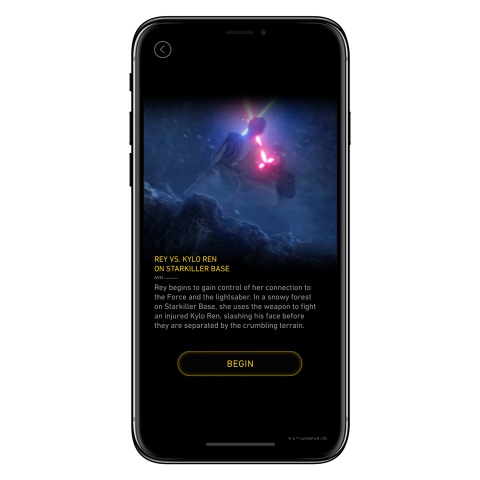 Bose AR is a first-of-its-kind audio augmented reality platform that supports a growing ecosystem of apps enhanced with Bose AR SDKs for iOS, Android, and Unity.  Unlike other augmented reality glasses and platforms, Bose AR doesn’t change what you see, integrate an obtrusive camera or lens, or superimpose objects in your sightline.  Instead, it uses a 9-axis motion sensor along with the GPS and other sensors from your iOS or Android device to detect your head orientation and body movement — automatically adding a layer of audio through Bose AR-enhanced apps.  And it’s all accessible through the ease of downloading and listening.  Bose AR experiences can be found in the Bose Connect app, the Bose Music app, and in the iOS App Store.  Bose AR availability and functionality may vary. 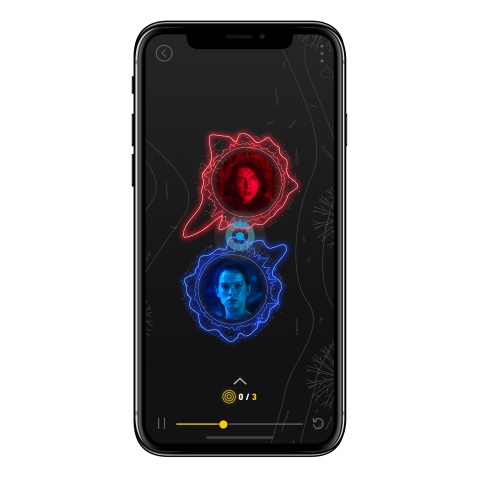 Bose Corporation was founded in 1964 by Dr. Amar G. Bose, then a professor of electrical engineering at the Massachusetts Institute of Technology.  Today, the company is driven by its founding principles, investing in long-term research to develop new technologies with real customer benefits.  Bose innovations have spanned decades and industries, creating and transforming categories in audio and beyond.  Bose products for the home, in the car, on the go and in public spaces have become iconic, changing the way people listen to music.

Bose Corporation is privately held.  The company’s spirit of invention, passion for excellence, and commitment to extraordinary experiences can be found around the world — everywhere Bose does business.