Make Your Old Speakers Wireless With This Tiny Gadget | TechTree.com

Make Your Old Speakers Wireless With This Tiny Gadget

The bluetooth dongle adds convenience at an affordable price. 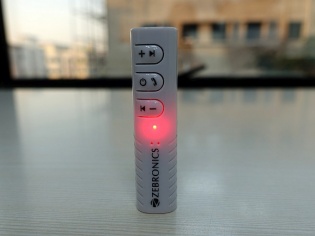 Gone are the days of conventional music systems. Instead of proper stereo, people prefer to consume music on wireless speakers. The sound quality on most of these wireless speakers may not be very good. However, that's the trade-off consumers put up with for the sheer convenience. If you too wish to jump on the wireless bandwagon without spending much, here's an interesting option. Domestic peripherals company Zebronics has introduced the BT Connect dongle that can turn your good-old speaker system into a wireless one. Thanks to this dongle, you don't have to leave your good-old music player behind. But, how convenient it really is and how well does it perform?
Design
The core design of the BT Connect is quite good. It is borrowed from Xiaomi's competing device. While it does not score on originality, it compact and functional. It is the size of a ball pen cap and in fact has a clip. Clipping is ideal if you are planning to use it with earphones. 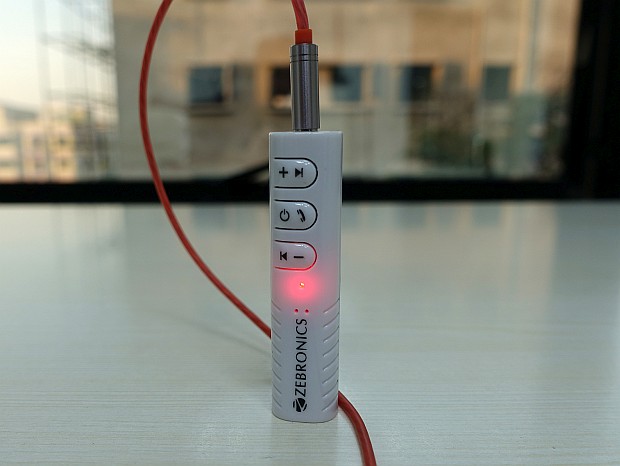 The buttons are properly marked. The stripes around the branding aids the grip. However, the build quality is nothing to write home about. For starters, it is made of poor quality plastic. It feels cheap in hand. There's no precision in build either. The device has uneven gaps around 3.5 mm jack and USB port.
The BT connect has red blue status LED, which looks awful. It is so in-your-face that it can keep you awake at night. Speaking of which, Zebronics tends to overdo LEDs on its products. Take for instance, its speaker line-up. Setting it up
The BT Connect has power a power, next, and previous track button. These buttons also double up as volume up and down. The power button also has a call receive function. That's a bit tricky as you may end up switching off the BT Connect while simply trying to answer a call.
Once you turn on the BT Connect, it is immediately discoverable on your smartphone. I tested it with Samsung Galaxy S8, Google Pixel 2, Xiaomi Mi Mix 2, Asus Zenfone 3, and Honor 7X. On all these phones, the BT Connect is identified as a bluetooth keyboard rather than a audio device. But that's not a big issue as it plays music nonetheless. 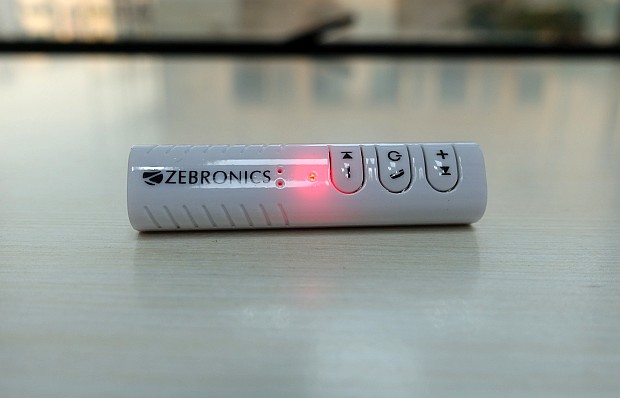 Setting up the BT Connect is straightforward. It works reliably with the smartphones. However, it is quite flaky when pairing with the laptops. Many a times, the BT Connect becomes unresponsive after connecting it a Windows 10 laptop. Zebronics clarified that the BT Connect is not meant to be used with the laptop computers. That's a downer considering that many people would want to use this dongle to play music from their laptop computers. I have tested a bunch of bluetooth speakers from JBL and Creative and they all work perfectly fine with laptop computers.
Performance
As mentioned earlier, the BT Connect works well with smartphones. Its range is enough to cover a standard living room in a flat. Without obstructing walls and furniture, it easily holds the connection up to 30 feet.
The BT dongle also has an in-built mic. You can use it to receive a call. The dongle supports Bluetooth A2DP (Advanced Audio Distribution Profile), so the audio is quite good for a wireless. But, the quality difference between this and a wired connection is noticeable.
On a single charge, the BT Connects last for over 3 hours and 30 minutes. To avoid the hassle of charging the device over and over again, I kept the dongle on charge all the time. And that's when I realis that it has a white noise issue if you charge it while in use. But, that only happens when the BT Connect is hooked up to speaker systems with a woofer.
Verdict
The Zebronics BT Connect does what it says. It frees you from wires. You get to turn your existing set of speakers into a wireless device. It is affordable too. In fact, it costs less than half of what you have to pay for Xiaomi's Mi Bluetooth audio receiver. On the other hand, it lacks the refinement you get with Xiaomi's product. In the next iteration, Zebronics needs to improve upon the build precision and battery life.
Rating: 3/5