Android Oreo is finally out and in-fact, it has been reported by many Nexus and Pixel users that they have already started receiving the update over the air. However, if you are still wondering what makes Android Oreo so special and how is it unique than the previous versions of Android, I would suggest you to read on.

The latest Android version comes with a couple of interesting features that were not found on the earlier versions of the operating system. One such key feature is the ‘Notification Dots’ which shows which app has a notification that you haven’t seen yet. And, with a long tap on the app’s icon, you can get notification menu for the app along with other shortcuts and widgets.

Moving forward, Android Oreo has one of the most awaited feature -- built-in picture-in-picture mode that allows you to minimise videos into a small popup and continue your work. However, for this feature to work properly, apps should also support it. Another highlighted feature is ‘Autofill’ which is pretty much known by almost everyone. It is one of the commonly used feature on laptops and desktop PCs where Google autofills web forms and contact information with just a click.

Stepping up, Android Oreo also comes with new Emojis, changes in the Settings menu with a simpler structure, and faster boot speed. It is also said that, with Android Oreo, your smartphone would be able to stay awake for a longer time. Along with this, security is also taken care of, more seriously, on Android Oreo. The OS also comes with Google Play Protect with an improved encryption support. 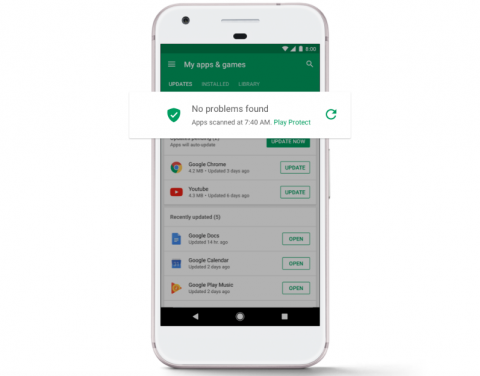 Having said this, another feature that is quite interesting in Android Oreo is ‘Instant Apps’ which actually is nothing but smaller pieces of a big app capable of running instantly, without the need of installing anything. However, again, for this feature to work properly, support from every app developer is a must.