6 Reasons Why You Can’t Ignore A Redmi Phone In Today’s World | TechTree.com

Redmi Phones are made in India, get the latest processor, and are pocket friendly as well. Read this to know more. 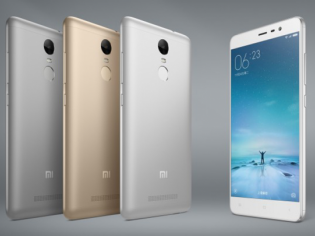 Redmi Phones; The makers of the Redmi 4, Redmi 4A, and the Redmi Note 4 has changed the way users shop for smartphones in India and around the world. The reason being, Redmi could get to the market the perfect union of reasonable pricing and state of the art features. That said, that’s not all that Redmi has to offer its customers in India and around the globe. Headquartered in Beijing, Xiaomi Redmi has grown to become the world’s 5th largest manufacturer of smartphones.

Here are 6 reasons why a Redmi phone is the thing of today, tomorrow and the day after!

Redmi on the Make in India Initiative:

Redmi is one of the international manufacturers who have set up shop in India after the introduction of the Make in India initiative by the government. They have their manufacturing units in Bangalore and will be launching their second unit in Sri City Andhra Pradesh. So, if you are one of those smartphone users who are all in favor to the make in India initiative, you might give some brownie points to Redmi for its efforts.

Redmi Gets the latest Processor:

Redmi Phones always manage to get the latest versions of Android Installed on their new launches and upcoming releases too. The Redmi 4, 4A and the Redmi Note 4 manages to get the Android Marshmallow OS while the upcoming Mi 7 will be featuring a Nougat or above variant. With the official announcement of the Android Oreo, one shouldn’t be surprised if they see a Redmi device coming out with this OS straight out of the box.

State of the art specifications:

Phones from Redmi have always had the edge when compared to OEMs like HTC or LG in terms of specifications. Redmi always equipped their phones with the best of processors, Graphic processing units(GPU), and RAM to compete with what the best had to offer. Offering nothing less than a Qualcomm Snapdragon processor, phones from Redmi beat the odds of Samsung, LG, and HTC. One finds an assortment of devices to choose from in the Redmi Mobile price list under 10,000. Devices from Redmi offer maximum value for money to its users. For example, a Redmi Device worth INR 20000 will be in par or sometimes better than a LG or a HTC device as pricey as 33000.That is correct. Redmi offers best in class specifications, features, optics, and display units in the market while not burning a hole in your pocket. Redmi mobiles have been the preferred picks for users of smartphones under 10,000.

Redmi phones are more than often sold as Flipkart exclusive or Amazon exclusive. For the first month, the retailer takes care of replacing the product if needed. Else, Redmi has set up their service centers across all the major cities and towns in India. This makes Redmi one of the most customer centric manufacturers in India and around the world.

Redmi always manages to get futuristic devices that feature a very trendy design and offer usability that is easy and adaptive. These futuristic devices get the best off the table and are assorted into a handset that can be delivered to you at an unbelievable price. Things like Dual rear camera, Dual front camera, Bezel-less display, Display integrated fingerprint scanner, and wireless charging. These are the futuristic features that the makes of Redmi phones have got so far.

Here are 6 reasons we felt why every other smartphone user in the world has a Redmi Mobile or has used one. If you have more reasons to add to this, feel free to do in the comments sections below.