Some trolled the company, some were excited, and some were predicting the names of future Android versions — what a crazy world we live in. 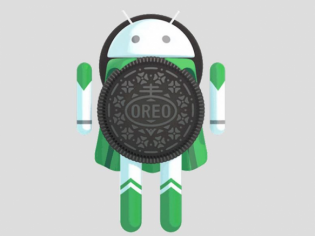 With the launch of Android Oreo, Google’s latest OS, coinciding with the total solar eclipse in the United States, Twitter users came together to react to the launch event and trolled the latest Android 8.0 Oreo.

While Android Oreo launch event lasted only for a few minutes, with nothing much special apart from the unveiling of the statue of Oreo’s mascot, many Twitter users were finding it rather underwhelming and pretty short for a grand launch. People also started tweeting about the coincidence of total solar eclipse and Oreo’s launch. They even used metaphors to troll the launch. This one by Nick Felker, is the best we could find — “Did you see the #Eclipse2017 today, when #androidoreo blocked out the sun?” While many Twitter users were busy reacting to the launch event, some were pretty productive as well. They started predicting names for Android P as well — ParleG and PeanutButter. And… others were in-fact pretty shocked that Google actually named the new OS as Oreo, while few others were a bit worried about naming rights.

Now, this is one Twitter user who actually took out his time educating others about the history of Google Android versions. Don’t know about his history scores in his academics, but he definitely rocked it here! 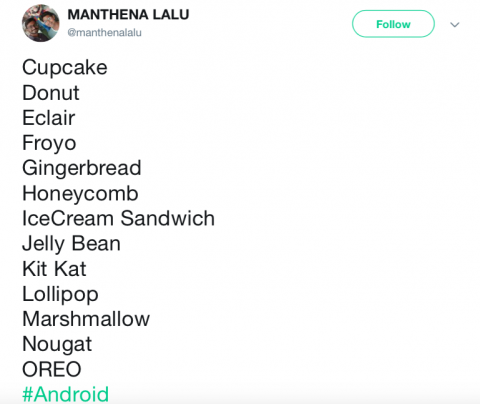