Intel has announced that it would be making Thunderbolt 3 technology royalty free, which is almost four times faster than USB Type C. 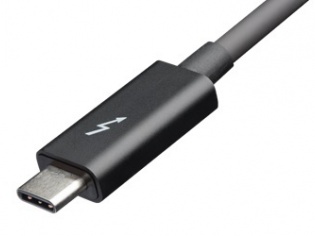 It looks like the time is up for the 20 year old USB jack that we are all used to, as Intel has recently declared that its Thunderbolt 3 technology would be soon made royalty-free; to be exact, from 2018.

With this announcement, any device manufacturers can now have better chances of using Thunderbolt 3 technology which has the same design features of the USB Type C, and thereby allow users to transfer data up to 40 gigabits per second. This is almost four times to what we ca get from USB-C.

Now, this may confuse you because if you look around, both USB-C and Thunderbolt 3 come with same design and looks. However, for your ease of understanding, you may consider USB-C as a new updated design with the same USB standards whereas Thunderbolt 3 is completely built on a new set of Thunderbolt standards thus making it upto four times faster than the USB-C. According to a recent report published on Thunderbolt’s official website, the USB-C connector is small, reversible, fast, supplies power, and allows other I/O in addition to USB to run on it, maximizing its potential. However, Thunderbolt 3 brings Thunderbolt to USB-C at 40Gbps, fulfilling its promise, creating one compact port that does it all.

Coming back to Intel’s decision of making Thunderbolt 3 royalty-free, this can mean so many thing for us, the common people. This actually allows PC makers to use this technology even in the budget segment laptops and PCs, unlike now, which is available only on high-end machines. And, according a report published on cnet.com, it looks like both Apple and Microsoft are super excited about this announcement made by Intel.

On the other hand, this move by Intel will easily help the company to somehow keep the Thunderbolt 3 alive, as most of the media companies recently had begun getting satisfied with the USB 3.0 and USB Type C technologies, which are obviously not as fast as Thunderbolt 3 technology, yet can do the job pretty easily. However, it looks like companies can do much more now at faster speeds, all thanks to Intel’s decision of making this new technology royal-free.