All you need is a point-and-shoot camera, laser printer, and contact lens. Pretty easy eh! 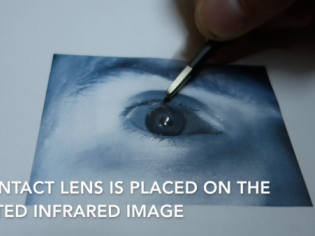 With technology growing each day, security seems to be the only major concern that is bogging everyone’s head. Especially, with the recent ransomware attack, it looks like, it is high time for companies to keep up with their security measures. And, we all know that, fingerprint scanners are not enough and thus, Samsung introduced iris scanner on their Galaxy S8 smartphone. But, there seems to be a catch.

A recent report published on Engadget clearly explains how an ageing technology can easily hack into Galaxy S8’s iris scanner, with just the help of a point-and-shoot camera, laser printer, and contact lens. Well, according to the report, it was a German hacking group ‘Chaos Computer Club’ who first cracked this up. Interestingly, the group has written on its website, “"By far [the] most expensive part of the iris biometry hack was the purchase of the Galaxy S8.”

So, how did the group hack the Samsung Galaxy S8’s iris scanner with such simple technology?

Well, it seems that they took a photo of the target from about five meters away, and printed a close-up image of the eye on a laser print. The group then placed a regular contact lens on top of the printed image of the eye, thereby replicating the curve of an eyeball. And, that’s it. The S8 unlocked within seconds they held up the image.

You can check this video that has been put up by the group.

With the increase of mobile payments, biometric security is definitely gaining its momentum, especially in regions like Europe where ‘Selfie pay’ exists and Australia where facial recognition is replacing passports in airports. But, when we see people hack into something with such ease, that's frightening!