Developers Continue to Revolt Against The New Macbook Pro

The MacBook Pro looks to be more of a laptop geared toward everyday people. Apple unveiled its brand new MacBook Pro lineup in October 2016. The laptops generated a considerable amount of interest, mostly due to the option of having the all new Touch Bar feature in place of the function keys. However, there has been an unexpected response to the new MacBook Pros, specifically from professionals.

The new MacBook Pros have received a great deal of backlash from developers and creative professionals as well as Apple fans in general. The Mac has long been the computer that professionals flock to, but the new laptops are definitely the exception. People have expressed disappointment and believe that Apple is veering away from the vision it always had in its computers and that the company seems to be perfectly fine with abandoning longtime supporters.

It seems that the new feature, the Touch Bar, is not the issue with the naysayers. One problem that professionals cite with the MacBook Pro is that it isn’t very Adobe Creative Suite friendly, and it isn’t good for developers who create apps for Apple.

Currently, there are approximately eight million subscribers of Creative Cloud who use Macs. Apple CEO Tim Cook announced at WWDC in 2016 that Apple had 13 million registered developers creating apps and other software for the company. With that said, as a result of the changes to the new MacBook Pro, a good chunk of Adobe users relying on programs like Photoshop, Illustrator and InDesign may very well be switching over to Windows. These are the individuals who have complained the loudest over Apple’s drastic changes to their laptops. 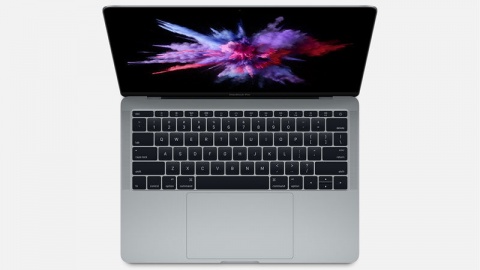 Limits users point to include a maximum of 16GB of RAM, a processor that has specifications matching those from several years ago and the removal of the function keys in favor of the Touch Bar. Professionals don’t think the Touch Bar is the worst thing in the world, but consider it a gimmicky feature that won’t get much use.

The problem is that professionals and developers need higher specs and production access. Apple’s new MacBook Pro is packed with specifications that essentially come from the MacBook Air line. In other words, the new laptops are seen by these professionals as midrange and that Apple is moving backward instead of forward.

In addition to the minimal specs, the price of the new MacBook Pro isn’t all that great, either. Essentially, you pay more for less. The laptops start at $1,499 for the entry level version and $1,799 for the model that includes the Touch Bar.

To add insult to injury, professionals seemingly now consider Microsoft’s Surface Studio to be the better option. It offers an array of features for creative individuals, making the new MacBook Pro pale in comparison. Overall, the MacBook Pro looks to be more of a laptop geared toward everyday people.