Home » Mobiles » Everything You Need To Know About The BlackBerry KeyOne

Everything You Need To Know About The BlackBerry KeyOne | TechTree.com

Everything You Need To Know About The BlackBerry KeyOne 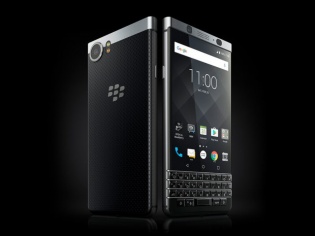 Blackberry began its proceedings at the biggest mobile phone carnival, Mobile World Congress by showcasing its KeyOne smartphone. First revealed during the CES (Consumer Electronics Show) held at Las Vegas, it was speculated to be called as ‘DTEK 70’ and ‘Blackberry Press’ back nthen. The Blackberry KeyOne, is arguably the most distinctive looking smartphone off late, as Blackberry along with its licensing partner TCL have been able to resurrect the physical keyboard on this device.

While the Blackberry Passport was sharp edged and boxy, the KeyOne comes off as an aesthetically pleasing smartphone with its rounded edges and compact dimensions. Blackberry proudly states the KeyOne as their flagship phone and promises to live up to the tag of the most secured Android devices. Obviously, this smartphone is aimed at corporate types for whom security comes as a priority. The Blackberry KeyOne would be available from April onwards and is priced at $550 in the USA. Which seems to be pretty competitive offering from BlackBerry. It can be bought online, at all local merchants and also through carrier based contract options. India launch however, could take some time. That said, let’s have a brief insight on what makes this smartphone unique, functional, and one of the most interesting devices of the year 2017. Screen, design, and form factor
The KeyOne sports an aluminium body construction which is rounded at the edges. It gives the phone elegant yet robust feel. On the front its houses the 4.5-inch IPS LCD Full HD display with an aspect ratio of 3:2. below that is a physical keyboard, which enhances the overall appeal of the handset and would surely make heads turn. The ergonomics of the handset and the rubber soft touch patch at the back aids in making it a handy device to operate and is very comfortable to hold. The blackberry proprietary physical keyboard on the KeyOne looks the part with its chrome embellishments and fundamentally is not the conventional one as it gets a touch sensitive feature. You can swipe and scroll on the keyboard without touching the screen. Also the keyboard can be customized to assign up to 52 different shortcuts. For example, you can assign ‘F’ key for Facebook, ‘I’ for Facebook, ‘W’ for weather updates and similarly your favorite email contacts can be assigned for ease of use saving effort and time. The fingerprint sensor on this device is smartly integrated into the ‘Spacebar’ key. BlackBerry says the display provides a larger screen area when compared to other phones with similar dimension with their Android on-screen keyboard on.

Software
The KeyOne runs on the latest Android Nougat 7.1 operating system which unlocks the plethora of Google applications. The latest version of android brings the multi-window functionality and quick reply from notifications to the BlackBerry KeyOne. The KeyOne comes loaded with the DTEK security software and other mainstays like BBM and Blackberry Hub. The security software provides a live status of the device and one can monitor its vulnerability to threats and control its services accordingly. Blackberry also promises over the air monthly security updates to keep it secured from attacks. The Blackberry Hub is a unified hub which brings together all the emails, text messages, phone calls and social media linked notifications from WhatsApp, Facebook, Instagram etc. at one location which is a distinctive and quite a nifty feature. 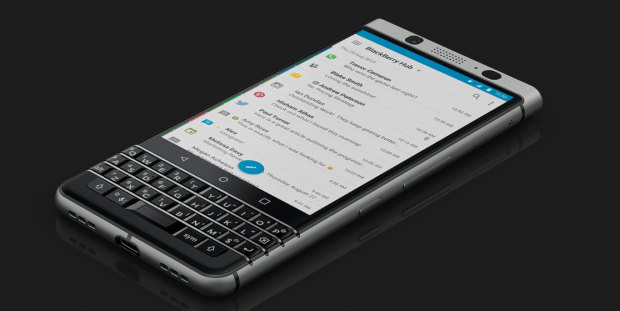 Hardware
Moving onto the hardware part, this flagship from BlackBerry is powered by mid-range chipset from Qualcomm Snapdragon 625, which is one of the most stable and energy efficient SOC currently. It is an octa-core CPU clocked at 2 Ghz with eight ARM Cortex-A53 cores and runs on the 14nm technology coupled with Adreno 506 GPU. It gets 32Gb onboard storage which can be extended further up to 2TB via the microSD card slot and gets 3 GB of RAM. Which provides a very fluid multi-tasking experience to the KeyOne while keeping the heating in check, thanks to the 14nm technology it runs on. That coupled with a massive 3505 mAH battery, which is the largest battery seen on a BlackBerry device till date could get you up to a couple of days on a single charge. This device support Type-C USB charging and connectivity. And gets the Qualcomm Quick Charge 3.0 support which is said to achieve 50% charge in about 36 mins.

Other features
The KeyOne is no slouch and provides very good imaging capabilities as it sports a 12 megapixel, f/2.0 aperture rear camera sourced from Sony coupled with Phase detection autofocus and dual LED flash. It supports geo-tagging, touch to focus, face detection, HDR and Panorama modes. It can also shoot videos at FullHD [email protected] front selfie shooter is an 8-megapixel, 1.12 UltraPixel and can shoot videos up to FullHD 1080p resolution. It gets a 3.5mm jack on the top and the twin stereo speakers located at the bottom which provide an immersive audio video experience. Hold on as it gets the humble FM radio as well to say the least.