The feature could be rolled out as soon as this year. 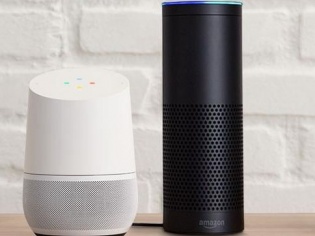 Amazon and Google is considering to add a new feature to their popular home speakers Amazon Echo and Google Home by bringing voice-calling functionality to the devices. The feature could be rolled out as soon as this year, but the companies have concerns regarding user privacy, emergency services, and regulatory hurdles.

“Amazon’s Echo or the Google Home could be used to make or receive calls, people familiar with the matter said, a functionality that would give them further control over consumers’ digital lives at home,” report WSJ.

WSJ’s report says over 11 million of these devices have been sold. The home speaker, over the years, has become a part of people’s daily lives as it can perform daily tasks such a as playing music, looking for recipes and or set alarms and timers. Google Home, on the other hand, is comparatively new and steadily making progress with the number of tasks it can perform.

Even if the factors of complications are set aside, it will still need to be seen if law enforcement agencies will be allowed to wiretap the calls made from the speakers with the federal laws aid. As Internet calling services are safe from this complication as they are app-to-app, Google and Amazon will have to find a way around this issue. Even if the calls are not wiretapped, the metadata regarding the calls can be handed over to the enforcement agencies with a simple warrant, WSJ says in its report citing experts.

This is why Amazon will only collect metadata, which includes dialled numbers and duration of the calls, but not the calls themselves if it does introduce the calling functionality, one of the sources familiar with the matter told WSJ.