A look at the binary facets of the legacy left behind by the former Apple CEO. 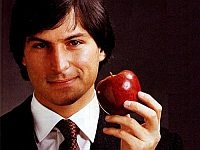 Steve Jobs is no more. Head over to the internet and you'll see pathos-soaked eulogies and hilarious instances of ridicule alike. These conflicting opinions stand testimony to the polarising nature of Jobs' personality. Irrespective of your views, you can't ignore the fact that he was a controversial legend. While Apple may not have innovated most of the technologies it has popularised, it would be foolish to disagree that it was Jobs' potent marketing spin that lent a mass-market appeal to existing innovations.

Most journalists may have lost perspective, portraying him as a messiah of sorts. However, the truth remains that he was no John Carmack. At the end of the day, he was an astute businessman whose path to success wasn't always ethical. I can understand such adulation used for those who affect humanity more profoundly, but extending the same for a businessman out to make the most dollars is naivete.

More importantly, any mention of Jekyll is incomplete without Hyde. Jobs' brand of minimalism and "curated ecosystems" may have simplified technology enough to be embraced by the lowest common denominator, but it has also been perceived as an Orwellian nightmare by many. It is therefore only fair to to look back at how Steve Jobs has touched technology and left behind a legacy - warts and all.


Minimalism And Curated Experience
The Jekyll: Apple wasn't the first to come up with tablets or MP3 players, but it simplified these devices enough to appeal to the layman. The rest is history. Jobs did not believe in focus groups - a fact clearly evident in how form and simplicity has emerged supreme over functionality in Apple's design book. Even as platforms such as Android suffer from poor optimisation, iOS sails smoothly on much tamer hardware. Jobs and co may have called it a "curated" experience, but this phenomenon has nonetheless delivered a user-friendly experience that did not intimidate the novice, severe restrictiveness notwithstanding. No wonder Apple has managed to create unprecedented demand overnight. Jobs' take on simplicity has managed to open the world of gadgets to a demographic that wouldn't have otherwise bit into the apple.

The Hyde: Good looks and design can only hold your interest for a limited time, but the lack of basic features and mainstream software support is a major issue for those not willing to embrace Apple's own set of first and third-party utilities. Most of Jobs' criticism comes from the generation that grew up on the early homebrew Apple machines and those who use their computers for serious work. This switch from Apple Computers to Apple Inc is seen by its detractors as the ongoing trend of launching expensive toys that don't last over a year (support and functionality wise). The yearly updates to iOS, for example, put users in the unsavoury position of upgrading the phone and having to contend with sluggishness on old hardware. Either that or being left behind, which is especially difficult considering how tightly controlled the iPhone ecosystem is. Let's not even get to the platform's attitude towards storage formats.


iTunes
The Jekyll: If you look at the rosier side of iTunes, you see an alternative that has found favour with the majority as well as music labels engaged a crusade against illegal digital distribution. iTunes adopters found the ability to legally download unique tracks liberating over having entire albums shoved down their throats for a few good songs. This is a welcome instance where Jobs used his might to humble the oppressive music labels.

The Hyde: The flipside is a classic example of getting out of the frying pan and into the fire. While users were liberated from the hegemony of music labels, the iTunes interface has daft restrictions of its own. The best thing about digital music is the ability to drag and drops files between devices as you wish. Unfortunately, that's exactly what iTunes prevents. Moreover, synchronising songs from another iTunes account entails losing your entire collection from the previous account. Thus, your PMP has effectively become a slave to yet another iron-fisted distribution system.


Patent Trolling
The Hyde: I'm afraid there's nothing good about this one. I can understand some of the reasons why Apple cried foul, but then it went overboard with its patent suits, only to get a taste of its own medicine. It is naive to expect a large corporation to let the fruits of its R&D budget be tweaked by others for the greater good, but Apple's petty patent lawsuits and its tendency to use the courts to arm-twist rivals earned it no praise from those who still care about ethics.


The Cult Of Apple
The Jekyll: One can say that the second coming of Apple was partly the courtesy of good design decisions, while the rest was attributed to Jobs' charisma. One can't deny the sway the former CEO had over a major chunk of his target demographic.

The Hyde: Three words: Reality Distortion Field. Now, even science has proven that Apple fanboyism has the brainwashing power of a full blown religion. It's no surprise then why Apple gets away with ripping off its customers without raising an eyebrow from its loyal fanbase. There are times when I can't decide if I should pity the fanboys jumping and screaming at the launch events or be scared of them.


If there's one thing unequivocally great about Steve Jobs' legacy, it has to be Pixar. Call it business acumen or good foresight, but Jobs deserves credit for resurrecting the animation studio that George Lucas had given up on. The rest, however, will remain subjective to your perspective on the former Apple CEO's legacy.