From rumours to reality. 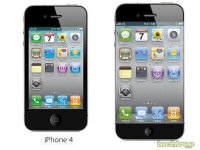 Let's face it, the new iPhone didn't get an overwhelming response. Even loyal fans are haunted by the question "Should I get the iPhone 4S or wait for the iPhone 5?". I can't give a verdict without trying out the device, but I can definitely help you make a decision by bringing the facts to the table.

Apple's new CEO Tim Cook unveiled the iPhone 4S, sharing the stage with other executives such as Scott Forstall, Eddy Cue, and Phil Schiller. The phone has received a serious hardware upgrade, which will definitely help it compete with most droids. Apple has played the catch-up game really well by adding a dual-core CPU and an 8 MP camera. Although many tech enthusiasts have appreciated this move, the company's fans seem to be disappointed. According to them, Apple followed the industry trend rather than leading it.

Moreover, the decision to keep the body design untouched hasn't pleased many potential buyers. To put it simply, I'll quote the words of one of the biggest Apple fanboys in India, Kuki Kureja: "Bhai, aur paise phoonk ke same dikhne wala iphone kharidke kya fayda? Dual-core jaaye bhhaad me, mujhe toh phone show off ke liye chahiye!" He has a point there: since he already owns an iPhone 4, the idea of buying a similar-looking device doesn't sound appealing.

Being the most-desired brand is a great thing, but then people expect you to deliver outstanding stuff at regular intervals. Additionally, Apple's strategy of being super-secretive about the new product has backfired to an extent. The lack of info about the company's next big thing fuelled the rumour mills. Blogs were filled with "info" on the so-called iPhone 5. This included everything from a bezel-less 3D display to an N9-like monoblock chassis. This set the expectations sky-high. Let's list out the most popular rumours and how they stack up against reality:


Dual-Core CPU
A lot of people were betting on a dual-core chip to power the next iPhone. Fortunately, the company managed to fit the dual-core A5 into the device. According to Apple, this new chip is twice as fast as the one found in the original iPhone 4. Knowing how well iOS is optimised, it will fly on the new hardware.


Bigger Screen
It was sensible to speculate about a bigger screen, as Samsung had received acclaim for its 4.3" Super AMOLED Plus display. To counter the Korean giant, at least a 4" screen would have definitely helped. Sadly, Apple "thought differently". Failing to provide a bigger screen turned out to be the biggest downer for the fans.

Stereoscopic display
Don't tell me you were dumb enough to believe this rumour.


8 MP camera
For high-end droids, 8 MP has now become a norm. The Galaxy S II and Sensation impressed enthusiasts with their 1080p video recording. Little wonder then that the iPhone received the much-needed camera upgrade. Other bells and whistles such as image stabilization, face detection, and noise reduction also joined the party.


NFC chip
We have seen the Nokia C7 and N9 performing some neat NFC tricks. This includes the ability to easily pair devices, use your phone as a credit card, and so on. Since Apple likes to simplify the things for its users, people were expecting it to embrace this technology. While this didn't materialise, the new iPhone got Bluetooth 4.0 instead.


64 GB storage
Many users were unhappy about the inability of extending the storage capacity of their iPhones. However, it was obvious that the manufacturer wouldn't make room for a microSD card since it would impact sales of its higher capacity versions. A 64 GB version seemed to be the perfect solution, which turned into reality.

There were also less-discussed features that have made it into the new device. This includes a voice-controlled assistant called Siri, support for both GSM and CDMA networks, and a My Friends feature (similar to Google Latitude).

Overall, the iPhone 4S is definitely a great upgrade over its predecessor. It's something you can show to a number-crunching fandroid frenemy. Having said that, I'm afraid the new iPhone might struggle, just because it isn't called the iPhone 5.